Ascension Through Creation and Destruction on Good Friday, April 18, 2014

Foreword from April 2014, and the Elohim Message 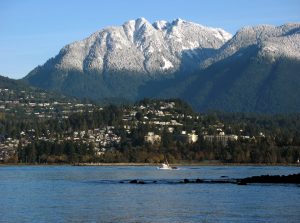 Amora: Here is a message from the Elohim that has come to me following our visit to Grouse Mountain (North Vancouver) yesterday, during which time I saw multiple streams of realities upon my third eye, being replaced by new streams with every second, in every moment. I was aware that each stream represented a new timeline, so that they were being created and replaced, in every instant.

The reference to some timelines “raging” was shown to me to mean major geological upheaval, but also major upheaval at a societal level. The Elohim are addressing both of us.

George:  We also saw with our third eye from above how the whole area of Vancouver beneath us was flooded by a huge tsunami of the MPRs, taking place on lower timelines, while we were crossing the timelines with an incredible velocity each second. The devastation was overwhelming and this physical destruction of all the new lower 4D timelines, which we began creating since January, the 20th, after I successfully contained the dark forces on this upper 4D earth of Gaia 5 continued with its domino effect until May 24, 2014.

Please observe, that the day we are talking about here, when the big catastrophes began, was Good Friday, that is to say, many Christians on these lower timelines have already experienced their prophesied Armageddon on this auspicious day. If you can attune telepathically to these lower timelines, as Carla and I can do, then you will sense the utter despair of these billions of souls, who have died in the floods of the MPR. This destiny is still awaiting this upper 4D earth, however in a mitigated form, while the few light warriors will ascend to 5D within the blink of an eye before the catastrophes begin.

It is the same old scenario, which I have been elaborating on since the opening of the stargate 11.11.11 by the PAT when the three-earth scenario was still a viable alternative. Now it became a multi-4D earth-scenario because humanity did not awaken, so that the dark forces had to be thinned out /distributed and diluted on many lower 4D timelines, before they could be wiped out by an MPR, thus cleansing this current upper timeline from darkness step by step, until the threshold of ascension is also reached for this earth.

Since this Good Friday, the soul essence on this upper timeline has been exponentially diluted and most of the entities, we now encounter, are empty duplicates (empty human shells). This aspect has been a leitmotif on my website since the summer of last year. I personally can attune to the soul essence in Canada and North America (USA) at present very well and can trace only a few genuine souls on this continent – the majority of them being PAT members and light warriors of the first and the last hour.

Please consider also the propulsion multistage rocket principle of ascension, as discussed in my articles, in order to understand what is currently happening on Gaia behind the veil of this artificial, seamless continuity of linear time, while we, in fact, are constantly changing the timelines and ascending to higher frequency levels. This is the key to a proper comprehension of the current ascension dynamics and the ongoing End Time scenario, which is highly multidimensional and very complex, as this collection of messages illustrates. (I wrote this foreword in April 2014 but I could have written it in October 2020 as well and not a single word needs to be changed.)

And here is the Elohim message, in which they acknowledge our primary role as Creator Gods of new earth timelines and realities according to the Cosmic Laws of Creation and Destruction:

The Elohim’s Eulogy on Our Creations

All have forsaken the old timelines, it is true, in order to enjoy the fruits of your labour, the newly created timelines of the true reality, in this moment.

We are the Elohim and we see your creations from all angles, and we are grateful for your giftedness, in this quite often perplexing reality, seemingly surrounding you in this moment!

We deeply appreciate the level of conscious care engaged to bring about change, on many levels, within the realm that you grace with your divine essence.

Timelines rage and splinter, expand and re-create, and this beyond the assured mental grasp of most of mankind. So unaware is mankind to the gift of  ‘changing one’s own reality’  through thought, conviction and true intent!

Oh, the new timelines you have seeded are magnificent! Each has been graced with templates of your own power, perfection and projections. It has even paved the way for a Garden of Eden, sooner rather than later!

These new timelines that you indeed saw from above (from Grouse Mountain) today with your inner vision, are multi-dimensional, multi-praxic, and multi-fractional, and occur within the instantaneity of All-That-Is. All happens at once!  “All – time” melds into “One – time”’, where infinite quantum reactions displace every other infinite quantum reaction.

Each reaction then interacts, intercepts, enfolds upon itself, disappearing into nothingness, or No-time, the quantum electrical fields of Source.

The thought drives this process within your present created reality.

Your precious thoughts create anew in every moment, and this imprint of you lingers forever.

Precious is your work! Precious are you both!

In perpetual gratitude, we are the Elohim!”