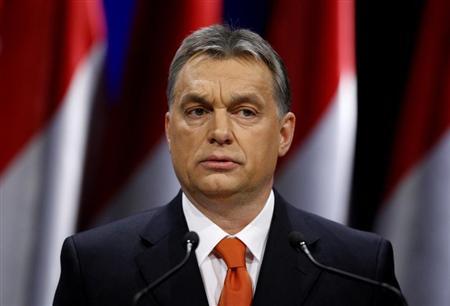 (Reuters) – Thousands of Hungarians protested in central Budapest on Saturday against imminent changes to the country’s constitution that they fear would curb democratic rights, echoing worries this week from the European Union and the United States.

Parliament is scheduled to hold a final vote on the constitutional changes on Monday.

Decisions of the country’s top Constitutional Court made before the new constitution entered into force in 2012 will no longer be valid, discarding an important body of law often used as reference before. Restrictive new regulation may now appear in higher education, homelessness, electoral law and family law.

“We really have had enough of this,” said 17-year-old student Luca Cseh, adding the changes limited her prospects of going to university as state subsidies would only be available to students who pledge to work in Hungary after graduation.

“They oppress students, but also the homeless or homosexuals,” she said.

In a phone call on Friday, European Commission President Jose Manuel Barroso told Prime Minister Viktor Orban that his government and the parliament should address concerns “in accordance with EU democratic principles”.

Orban sent a letter to Barroso after the phone call in which he pledged Hungary would conform to the norms and rules of the European Union, without offering specifics, according to a copy of the letter posted on the state news agency MTI’s web site.

Earlier this week the European institution responsible for defending human rights, the Council of Europe, urged Budapest to postpone the vote, fearing for Hungary’s democratic checks and balances.

The government rejected that request, and Justice Minister Tibor Navracsics sent a detailed explanation of the laws to the Council defending the changes and offering further discussions.

However, the leader of the Fidesz party’s parliament group, Antal Rogan, told a news conference on Saturday that external pressure on Hungary was unacceptable.

Speakers at the protest said they would no longer tolerate being told what to do by the government.

Philosopher and opposition activist Miklos Tamas Gaspar told the crowd: “When they lay down in the constitution how those who have nowhere to go may or may not sleep on the street, how a student with no job prospects may or may not go abroad for work, then we need to ask whether it’s us protesters that have gone crazy or those who write the constitution.”