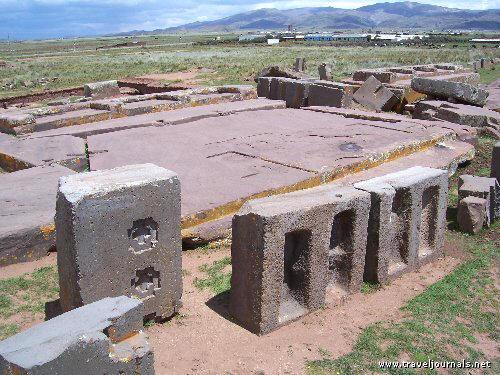 I’m delighted by the responses to my initial email to you. Especially impressed by the clarity, integrity, intelligence and wisdom of Demitra. Let me address those topics raised with a hope to shed light into these issues, so that we all benefit from the sharing of experiences and intelligent opinions even if there can still be differences.

First of all I want to thank Alberto and Catherine for their answers to my email. I do respect their opinions and I’m thankful to them for that. As I told you before, I have in high regards the PAT vision and work in these crucial times and, from my heart, I also immensely appreciate the work you all do for the good of humanity and mother earth.

First about “this toxic planet”. Yes, Alberto there is so much evil around, but it is created by ignorant human beings – “ignorants” in the sense of theirs lack of comprehension we all are one and deeply connected to our mother earth and the universe – lacking of knowledge of what we do to our fellow brothers and sisters is the manner we do expect to be treated as well – indeed it will be so. But their actions don’t make the nature  awful, the mountains, lakes, trees, rivers – well we are contaminating it, no doubt, and those who do that will be treated as required by mother nature. At the end mother earth is and will remain beautiful.

Right, I feel the “toxic” atmosphere in certain places and it is due to the people who make it either dangerous, dirty, contaminated etc. I have been in some places like that and I felt scary to be beaten or even killed. I think I understand what you mean – how may I feel happy, how may I enjoy a good food, or good wine when there are children starving? I have no answer to it – maybe karma or soul contracts can be part of the answer, but I suppose this is a characteristics of any 3D reality in the entire universe.

To Catherine, my apologies for being wrong about “ascension” – I got my lesson. When I read/hear about ascension it comes inevitable to my mind those pictures we used to have at school – saints “flying up to heaven”. From 3rd to 4th to 5th sounds like that in my mind – it is my fault. But as you say, other dimensions are defined by our state of consciousness. I like the concept of “evolution of consciousness”, but that is just wording and we all know what we talk about.

Now, Demitra, you got all my admiration, let me cover the issues you address – very important. First, the real motive or reason of my email to Georgi was my desire to “challenge” him by being completely honest with all my doubts and questions. When I read the real motive uncovered and clearly stated by Georgi when he said (responding to Alberto) “I somehow felt his inner outcry…” I felt dizzy, my mind was blank for a couple of seconds. He felt me and that was impressive – even not myself could realize that – I behave like a dumb boy.

I understood the real reason of my email – you, Demitra, took the words from my mouth when you address the COURAGE of Georgi. When you see a man of such intelligence, courage and sense of humor, you cannot, but just love him and when you see him fighting for years, I couldn’t avoid my doubts to see him “discredited” – I needed to “test” him, at the same time trying to confront my deepest and horrible doubts. I see Georgi as Giordano Bruno, Copernicus or Galileo when they understood that earth is a sphere and it orbits around the sun, while everybody couldn’t believe that because they “saw” how plane it is and how impossible it seems for earth to rotate.

About blaming myself – the direct response to your question is “by example”. I will explain: Why somebody wants to hurt anyone if not “by ignorance”, by lack of universal virtues or by one of the seven sins (pride, envy, wrath, etc) or by discord – our fatal sister that accompanies us from birth to death. I think here can be found the root of evil. And how can it be addressed? I think, only by example. I will take one example from my experience.

I was successful in my professional life and in certain occasions some “friends” at the job and outside of it attacked me by spreading lies – they hurt me and because of that I lost many “good” friends in some cases and I had to leave the job for another – it was painful. How did I react? Just being always nice with them (those spreading lies), being honest and compassionate. Another “friend” asked me once: “Don’t you see how they always look for an opportunity to harm you and you Jorge are especially nice with them – are you stupid?”

Then I was not sure about the lies, but I sensed something. My honest and common behaviour is always being nice – from the heart (but I have to admit sometimes I tried to educate and other times I was confrontational – those were and still are my faults apart of the fact that living from the heart is extremely difficult nowadays). I responded to him that I suspected something, but I will not change my behaviour towards them. It just teaches me the lesson to be even a better human being, to show by example that what they are doing is not good for them rather than to me. At the end, I gained the respect of all of them – and I was very happy to have nice conversations with them all.

Until I got tired of them and I left this group of “friends” or I moved on to other jobs. I felt we are just different – and very deep in my heart I love them and I wish them all the luck of the world. And believe me, Demitra, it was very and incredible hard to achieve such a feeling (still it is). I find a good lesson in your words “I’M in fact keeping what is real and what is true about reality far away from MY conscious awareness”. and yes I agree that blaming ourselves “serves one purpose and one purpose only, and that is to avoid dealing with the real issue altogether.” Thanks, it can be done much better.

Now little about me and my experiences to finally address my conviction about Higher Self and the heart virtues or living from the heart.

I come originally from a small village high up in the Peruvian Andes. One of the first lessons I learned was the following: In the West, if one dies by a virus it is due to the weaknesses of the immune system and if one is killed by a Puma it is considered an accident. For Peruvian Inka shamans there is a common cause in both cases. It is because this person doesn’t live in harmony with Mother earth and nature. When you are pure in your thoughts and actions, by cultivating the heart values as compassion, humility, forgiveness (living from heart) and find harmony with nature, your body will have a strong immune system and you will never be in “the wrong place at the wrong time” and also all creatures will not harm you, this is my conviction and my deepest objective:

I read something that resonates with me – our pure and mastered emotions is our link to our Soul – I have this conviction. This is something I lack in your response, Demitra – I don’t see how you consider the role of the heart virtues decisive in the preparation for ascension when for me it is absolutely of greatest importance. I work hard to hear my intuitive and intelligent heart.

To finalize a little bit about my UFO vision. I forgot to elaborate in my initial email to Georgi – and few words about these times. Please, it is just my humble opinion, not that I’m right – I could be totally wrong as well.

One day in January 2012, I was in the office in Spain and sometimes during this day I felt I was losing the sense of where I’m. I felt dizzy and very strange. That evening, before to get into Metro, I wanted to see the wonderful sky as Jupiter, Venus were clearly visible. It was 9pm and suddenly I saw a spaceship – I thought it was an airplane or helicopter – but flying so low? It was few kilometers from where I stood, perhaps 2 km away – but flying silently, no sound at all – the night was dark/black and its shape or color were not visible. It had a triangular shape, judging by its lights – at the base – the lights were not fully luminescent as the lights in the cinema when ads are being shown – kind of yellow or in half power. For a few minutes (5 to 10) the UFO was flying just in front of me. It was an incredible feeling, I knew it was an UFO.

Back home with my family, we went to a nice restaurant and I told them about it – my wife immediately asked me: “How many beers have you drunk?” – Well she knows I like to enjoy good beers or wine (but last months, after some glasses or pints, I feel alcohol even disgusting). When I recall my memories after so much travelling in Europe due to my job, I excluded all the possibilities of a human, earthly aircraft – it was 100% an UFO. I mean it is clear  – ETs were here, see just the ruins of Puma Punku in Bolivia – but to be so close to them! I’m just grateful.

I think if an ET appears to me, what will it change? My life will be the same – my lack of consistency and integrity will be the same, my inner fight to master my emotions and my meditations to feel/understand deep the compassion and forgiveness to myself and to everybody will be still the same. A catalyst? Not really! Deep in my heart I feel, we don’t need them or we are not prepared for them to appear. We have to do our home lessons first here in order to bring more light into the earth and to show by example we can stand all united against the cabal.

Something like that I feel also about predictions on ascension. I agree, separate individuals, by their awareness and purity of heart and mind, can any moment ascend as for example many human beings during our history (see the book “Cosmic Consciousness”, by Richard Maurice Bucke, [1901] at sacred-texts.com). Of course the cosmic/universal alignments will lead us all together to this objective, call it 21 Dec 2012 etc. and, yes, Georgi and the PAT would be the first at any moment to ascend and show us the path, such are the times now allowing us to achieve that.

Believe me I would be immensely happy to see you, guys, ascending this month or next or whenever. Somebody has to show the path!!! – but it would be a natural and well deserved achievement. Everyone creates his timeline – myself, I have a lot of weaknesses and I’m still not there. I see myself ascending in a couple of years when my heart will be ready. I don’t expect any miracle. I want to deserve it by my achievements.

I also read yesterday about Georgi’s troubles with the electricity company – I commit myself to help him with 200 euros. I think we all (those who can) should do the same. I would like to see this website up and running until Georgi ascend. Guys, let’s help here. I’m infinite grateful and I love you all!

From my heart to yours
Jorge