We are in the End Time – the most glorious time in the history of earth and mankind. The End Time is the Time of Ascension when this planet and humanity will move to the 4th and 5th dimensions, which is the “Paradise” promised to humans by all religions.

Humans will be able to overcome physical death and transform their biological bodies into crystalline light bodies. The Human race will be transmuted in the blink of an eye to a transgalactic multidimensional civilisation with a highly expanded consciousness. Humans will again become Gods, as they always are as pure souls in the higher realms.

This is the Divine Plan for this planet and the Human race in the current End Time.

A central piece of this plan is the mission, which the author of this website, Dr. Georgi Alexandrov Stankov, had to accomplish in this last incarnation on earth.

With the help of the Highest Realms of Cosmic Providence, from where he comes as an Elohim soul, he discovered the Universal Law of Nature, which is the physical presentation of the Law of Oneness, also known as Logos in Antiquity as a new Unified Theory of modern physics.

With the help of the Law, Stankov integrated the whole modern physics by deriving all known physical laws and natural constants from the Universal Equation (see Table below).

In addition, he developed the new General Theory of Biological  Regulation of the human organism and furnished the scientific basis for the Light Body Process that leads to human Ascension.

He thus developed a complete new General Theory of Science of the Universal Law, which integrates all physical and other natural, and social sciences currently established on earth.

At the same time, the new Theory eliminates all wrong basic concepts of present-day empirical science, which rejects the existence of the soul and the higher realms of Creation. In other words, the author eliminates the ignorance of current human science and substitutes it with the divine knowledge of the Universal Law of All-That-Is.

The new Theory also eliminates all religions on this planet, which have so far failed to furnish any irrefutable proof for the existence of God. They will not enter the new Matrix of ascended humanity, which will be installed on earth in the near future.

This new website is the scientific ” Proof of God” (“Gottesbeweis“), which humanity has always endeavored to find, but has previously failed to render.

It represents a complete library (archive) of the lifetime of intellectual achievement of the author as a scientist, a researcher, and a thinker. This website encompasses the edition of 15 books in several languages, such as English, German, Bulgarian, Russian, Italian, etc. and more than 2000 publications.

The new Science of the Universal Law also integrates philosophy, theology, and esotericism to a new scientific Transcendental Human Gnosis. It is the basis of the new Science of Ascension of humanity.

Purely for this reason, the Divine Plan provided that the author transformed his carbon-based organic body into crystalline light body in August 2013 and ascended. This happened one week after his dual Elohim soul Amora (Carla Thompson) transfigured as the first human being and visited the crystal city of Shambala in the Inner Earth of Agartha in her light body, for whom he did the energetic back-up (read also here, here and here). Then they both ascended one more time in early December 2013 in Lofer, Austria, where they have built a city of light and became officially the designated Logos Gods of Gaia and humanity and the Creator Gods of the ascended Gaia-5.

After their full ascension, the author and his dual soul decided to leave one last soul fragment in human body on all 4D timelines in order to help as many incarnated human souls as possible to also ascend. Since then they exist in this reality as Avatars and constantly bilocate with their light bodies to different timelines.

In early 2014, after the author moved to Canada and joined his dual soul, where they created the second city of light and an Infinity Portal in the Vancouver area (the first city of light and Infinity Portal were created by them in Munich, Bavaria, and encompass Central Europe), they ascended humanity and Gaia for the first time (and here). Since then they have accomplished many planetary ascensions of 4D timelines of the earth with their human population, the most notable in late autumn 2019 and in March/April 2020, immediately after the lockdown due to the fake coronavirus pandemic was installed worldwide.

Now they are preparing the ultimate ascension of all the remaining 4D earth timelines which is planned to happen by the end of 2021, depending on the energetic developments on the earth and in the multiverse.

When the author and his twin flame will accomplish the ultimate planetary Shift of this last portion of humanity, he will officially appear in front of humanity as Ascended Master, Logos God, Elohim Creator, and spiritual teacher of humanity and will lead all humans on all ascending 4D worlds (timelines) to their individual ascension to 5D through the full understanding and implementation of the new Theory and Gnosis of the Universal Law, mainly from the new healing and study centres in Italy. He is already exerting this mission on the ascended Gaia-5, where his soul is mostly active.

This demonstration will be the material “Proof of God“, which this last portion of the slumbering, agnostic mankind so desperately needs as to finally awaken to the transcendental reality of All-That-Is.

The spiritual and scientific “Proof of God” can be already found on this website. One must only read and comprehend all the books and publications of the author.

This website is also a seamless chronicle of the energetic endeavour of the Planetary Ascension Team, the PAT, the captain of which I am, to ascend Gaia and part of humanity to the upper 4th and 5th dimensions in the New Golden Galaxy as this can be read in this documentation. The PAT is a comparatively small group of incarnated “warrior souls of the first and the last hour” who are experts in ascension coming from the entire multiverse and have taken over the responsibility to help Gaia and part of humanity to ascend in the current End Time. In religion and modern esotericism this group is equated to the 144, 000 warrior souls (oversouls) mentioned in John’s Revelation and also in a channeled message to us.

Listen also to the soul portrait of the PAT composed by Paul Armitage in the video below as to feel the creationary power and unconditional love for humanity of this unique group of light warriors and adventurers of poetic and romantic soul essence:

Paul Armitage: A Divine Symphony of the Planetary Ascension Team

While I am the captain of the PAT personally as editor of this website and energetically as an Elohim soul and thus the human nexus to the Source, there are many light warriors on earth who neither read my website nor know of its existence or that they are members of the PAT and thus are actively participating in the cleansing of darkness and raising the frequencies of Gaia and humanity. This should be stated absolutely clearly at this place as to prevent any misunderstanding or confusion from a limited human point of view. The PAT is not an earthly group of humans but an association of oversouls in the higher dimensions who have their human incarnations on earth in the current End Time in order to fulfill their light mission. Not all of these human incarnations need to come together or gain deeper insights into their mission, unless this is indispensable for their light work, as is the case with me. Read also the chronicle of the PAT for a better understanding:

The Journey of the Planetary Ascension Team

This website was created in a tour de force in the first three weeks of August 2011. All the summaries of the books and many publications on the Ascension and the economic collapse were written or revised during this time and are of great actuality.

This achievement was only possible due to the incredible expedience, competence, and creativity of Chris, who designed and developed this website with such a sovereignty and dexterity that I still can not stop admiring him.

This website is an open forum for all light warriors of the first and the last hour and for all ascended masters, as well as readers interested in the ascension process. All emails to the editor can be published at his discretion. 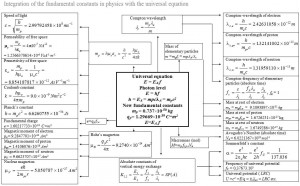