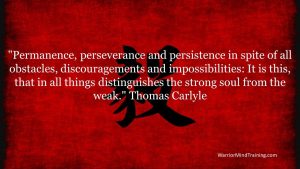 I, for one, do not and will not adhere to the faulty thinking perpetrated upon humanity causing many to believe themselves to be so limiting and only considered resident domiciles of the country of their birth. Such a limited perspective subjects oneself to the pernicious laws and death-dealing-malignant institutions of a decaying civilization.

The existential question before all of humanity is posed: Have we remained ignorant in our pursuit of the good life all the while neglecting the finer and transcendental appreciation of our inner and spiritually aligned affinities to realize our human potential as enlightened and humanitarian soulful brothers and sisters to all?

Whether it is a fraudulent coronavirus scamdemic, imploding financial markets, nation-states engaging in nuclear brinkmanship, exposure of massive pedophilia rings and coverups, one obvious and most salient, distinguishing feature being manifest today is the absolute and consummate predominance of FEAR now being saturated into the human consciousness.

Ignorance is not Bliss! In fact, Plato admonished the human condition over two thousand years ago with the following words, “Ignorance, the stem and root of all Evil.”

The disinformation is so pervasive at this juncture by newscasters, politicians and senior officials in health administrative positions that I have concluded that this is the cabal’s final stand to enslave the entire realm of humanity in one last desperate ploy of enormity. Their insanity is now in full transparency AND WILL NOT STAND as the LIGHT is diminishing the darkness and your individual response will make or break this titanic battle now unfolding before all of creation and the universe. What do I mean?

FEAR, as I have often stated is the most destructive human sentiment in the Universe. If one is held hostage to the tentacles of a spiritually-debilitating fear, then you are unable to think in a logical, rational and cohesive manner. It is at times like this that we are forced to confront our long-held beliefs about institutions consolidating their grasp on not only the collective consciousness of humanity but more importantly OUR OWN SOUL and a question arises:

Do we have the internal fortitude and spiritual strength to examine, scrutinize, and ultimately shed allegiances that undermine our innate divinity as sparks of a transcendental, conscious, sublime, and universal-divine energy in order to know oneself?

Ultimately, this awareness is self-love and was once expressed by a first-century Galilean spiritual teacher by these words: “The Kingdom of God is within you.“ Ponder.

Who am I? When one ponders that question pertaining to their individual being or selves, he or she might be prone to answer such a probe by mentioning parents, family, nationality or place of origin, educational level, and profession. All of these assertions are identification attributes but in essence, do not answer the question posed. Each is an affiliation or achievement of the incarnated human being.

So, again who are we? Modern-day societal memes overemphasize the importance of the self to the detriment of a more complete and holistic characterization of the wonder of being human. It is an ego-bound world which we find ourselves acclimated to and thus by its preponderance of messaging same alienates us, both individually at the personal level and collectively at the societal level.

If I were to answer that same aforementioned question by stating that I am an expression of the divine, a soul-centered manifestation of a higher consciousness whereby my life can be summed up by stating that I am first and foremost a spiritual being who happens to have incarnated into human form and as a consequence “ I am a spiritual being having a human experience.”

How does that affirmation change one’s individual perspective? Ego level attainment is no longer relevant, whereas the PRIMACY of the SOUL emerges as our true identity. This sublime and transcendental understanding of ourselves is where we must go and are going despite our own steadfastness to be coerced by the shackles of an ego-bound consciousness. Our individual DESTINY is to return to Source and Ego does not play here. Some refer to the Supreme Source as God, Creator while others recognize the divine as an energetic and transcendental force of manifest love and compassion for all.

“All-That-Is“ can not be made anthropomorphic, a semblance of human form that calls for a reconciliation of humanity to its agenda. The agenda is ours, one which recognizes our common heritage of spirit beings in a human form and challenged to be aware of our intuitive and soul-centered consciousness and to act in accordance with the creative and sublime force throughout the universe.

Know that and WE are almost home. So, Let’s go home.

While living in stable and seemingly secure, everyday non-threatening existential conditions, most humans blindly follow their fear-based patterns that very effectively elevate, and alienate, the ego-mind from the soul and the source. The individual human displays a marked propensity to conform and often fails to modify behaviors which in essence work to alienate oneself from their soul-centered intuition and higher self.

When confronted by an existential danger, human fears oftentimes reach a critical level of mental and emotional distortion, and only then does the human Ego-mind realizes in its desperation the leading role of the soul that floods the hostage personality with source energies. At the societal level, such a departure from the intuitive and innate divine potential within coalesces and ultimately initiates a psychosis of FEAR at the national level.

In times of national conflict, we observe this when political leaders of all persuasions abandon all rational sense. Nation-State Military doctrines are carried out which if brought to complete fruition jeopardizes the very future and existence of mankind. We are living in a time of maximum alienation from the source of our own spiritual inheritance and being. Wars are the result. Haven’t we had enough of this war business? It’s been going on for some seven thousand years from known written sources and probably much longer in the unknown past of this humanity.

When HUMANITY is able to transcend the chains of being domiciled to the nation of one’s birth and awakens to the level of earth-bestowed consciousness, in the knowledge of our universal origin as immortal multidimensional beings where national, racial, and class distinctions in concert with speciously accepted religious testaments and scripts are no longer undermining the innate and intuitive goodness of mankind’s potential, THEN, and only THEN, will we ascend to a spiritually-based humanitarian Brotherhood & Sisterhood and THUS begin to traverse the path to become cosmic beings with a divine purpose in a universe of unlimited love for all that lives.

The immediate future will be a test of humanity’s inner resolve, AND your SOUL will begin to speak softly to you at first but if you choose not to hear, it will raise its decibel level to a bugler’s call.

It will not be your country, your bank account, social standing, religion or anything outside of your inner self (Soul) that will be able to withstand the realities and last breath of a Dying Age.

This morning I added this after reading Georgi’s disquisition of today:

Dr. Georgi Stankov lays bare the forces that are now aligned to trigger the transition and activation of the threefold flame of life, the original seat of the soul in the human body in preparation for her descent into the physical bodies of all ascending candidates that will unleash their “soul catharsis“.

Breaking News: The Activation of the Soul Catharsis in All Ascension Candidates Has Commenced

This term which he had first introduced in the world literature encompasses the most profound inner transformation of the incarnated human personality, which is even now still fully driven by survival fears and very dark egotistic, materialistic-behavioral patterns, into a new spiritual human being, who is fully aware of his / her immortality and from now on only longs for spiritual perfection.

It is my contention that the political-social-financial dissolution of the old matrix will enmesh into a synchronization with the awakening soul-inspired catharsis which will ensue for all ascension candidates.

Go within! You are so much more than you currently think yourselves to be.