I was drawn to write something today.  Pretty much as you said fighting some instinct, but mostly it involved Jerry in the finality of all of it.  I didn’t save his e-mail so I was hoping you could send this to him.

I had an entertaining article I could write but it all came down to Jerry and the Hearts of Gold (HOGS) and HOG market.

This came across the same day as crossing the Rubicon you published and made me laugh.  You know me.  Gold, silver, and the miners all crossing the Rubicon (which they are tonight in full health).  The metaphors are so beautiful.  As Jerry said in buying some silver, purely symbolic.  Yes.  Yes.  and Yes. 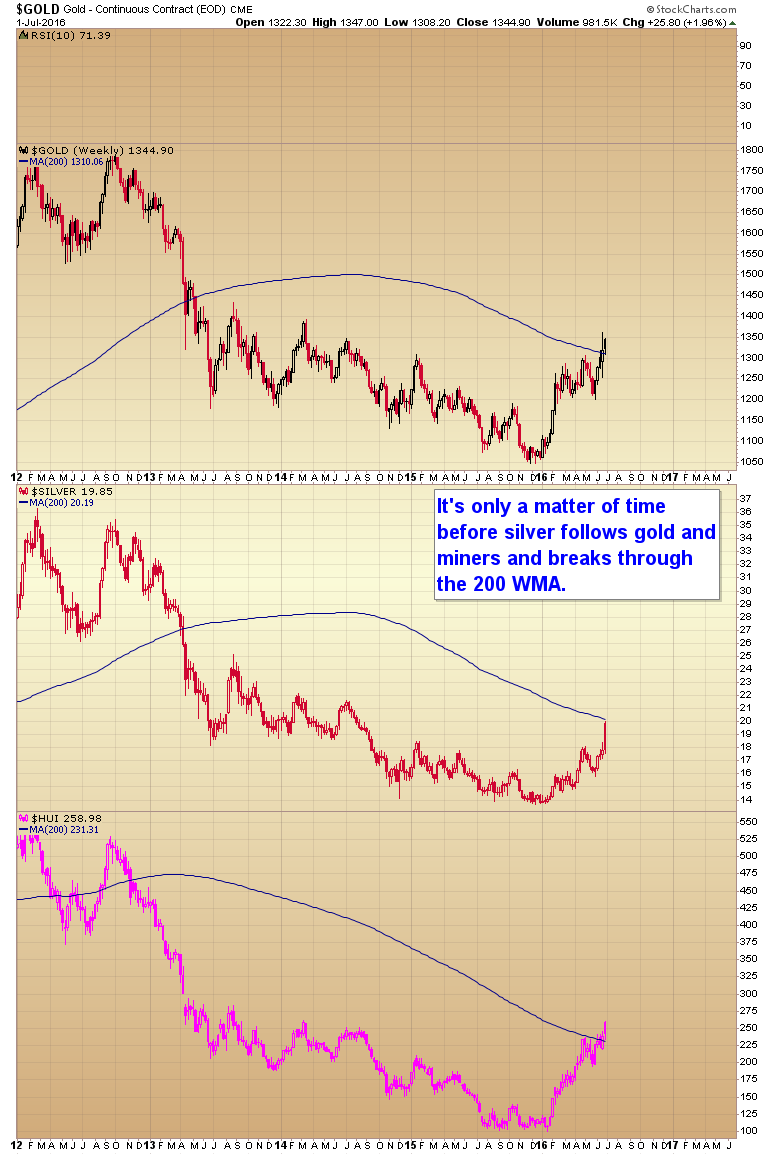 I am currently thinking of the time I really went through the void and experienced the vastness of it all and the moment of loneliness of being the singularity.  Of being it all and it all being me.  And holy shit……

Then Mr. Savage published a wonderful article on gold manipulation that showed the picture of everything I ever wrote on this subject.  Every new ager and Zingdad that didn’t get their singularity moment should see this and understand our plight well.  I am honored to have been a part of a magnificent effort and I am humbled to even be aware. 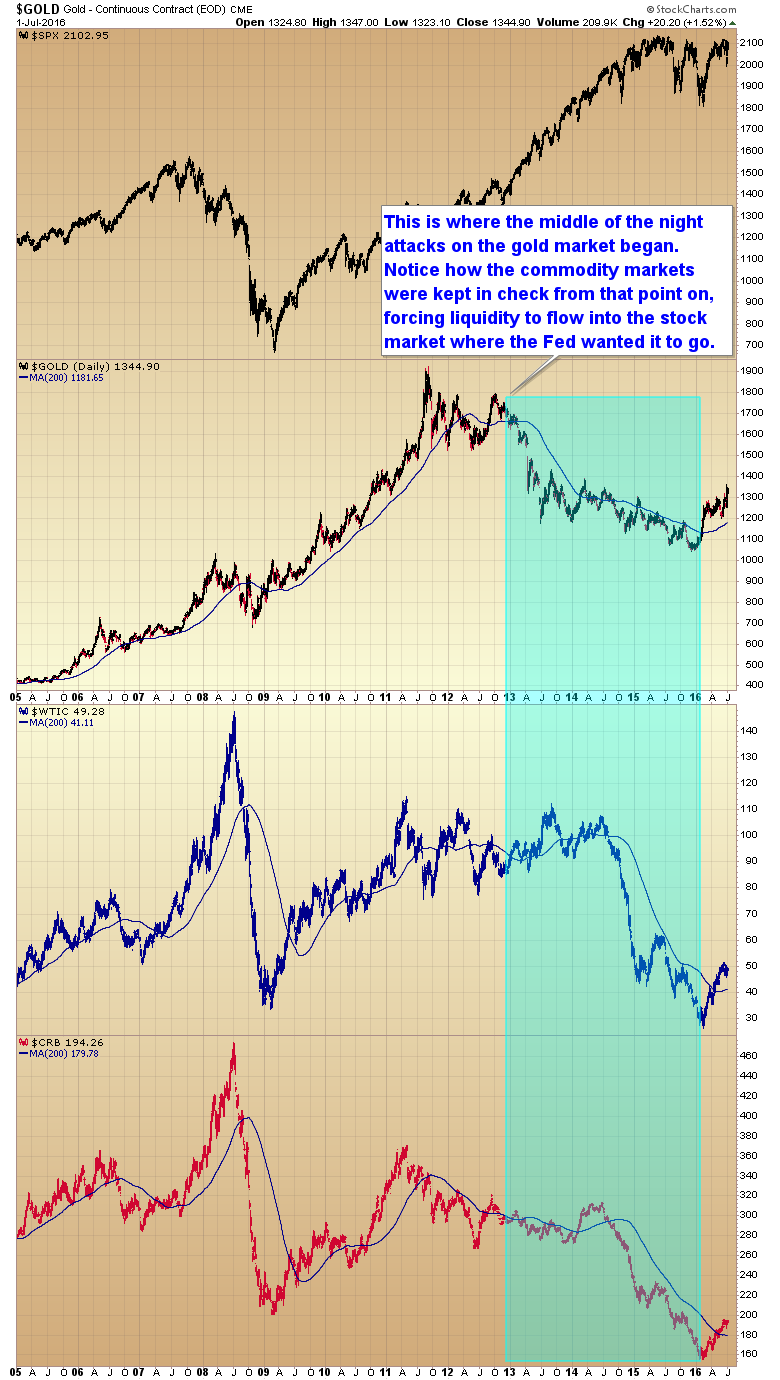 Those timing of the attacks is sure awfully close to Dec. 2012.  I tried for years to talk about the fraud trying to own the ascension process in relation to this mess. I was alone in my discussion for quite some time.   If I am all of it, am I lonely?  There were moments.  Wow.  Diversity really kicks ass when you go through the void.  Black, White, Azerbaijan, Neopolitan, Skinny, etc.  I don’t give a shit.  Bring it all on.  Please diversify this and let it all be special indeed.  I love you all.  All of you.  All of us.  All of me.  It.  We. Us.  I.  I AM.

Last time Jerry wrote his wonderful article we discussed the Hearts of Gold.  I mentioned Jim Sinclair and his aiding me in my path to whatever the heck is going on now.  We had immediate confirmation with Sinclair’s stock jumping almost 50% in one day the day after.  Eight days ago I saw that the charts were aligning in Sinclair’s company TRX and I told several people, who asked, what they should buy as the metals have gone parabolic.  I always use the metals to lead to the greater issues at hand, and there’s nothing like monetary response to have people think you know what you are talking about.  Insane moves going on in all these miners and I pointed out the exact bottoms of every major point on your website.

Here is TRX since I told everyone it’s the most undervalued 3-D asset in the world.  Don’t even get me started on the rest of it to Universal Law as I’m not afraid to say it.  As Sam Kinnison said in Back to School.  Say It!!  Say It!!  Say It!!

Great.  I suck at copying charts and stuff.  Basically TRX went up 53% today alone and 130% in the last 6 trading days.

The energy moving through TRX today is the metaphor that everything done monetarily is pure fraud obviously, but that everything done since ’71 is epic disaster.  Mr. Sinclair should have been the Treasury Secretary of the US back then and he’s been right ever since.  These are subjects of lower vibrational nature obviously but the move today was gargantuan in statement.

In correlation with the audacity of the fraud article you published, here’s JP Morgan sliding by the silver manipulation recently. Audacity is a kind word my friend.

Here’s the admission that Silicon Valley is run by sociopaths.  Nice technology everyone.

In very poor taste, I want to tell a quick dumb joke of mine.  I went to the bathroom the other day and I called it a shrexit.

I sat down today and wrote a long e-mail to Mr. Jim Sinclair and included all the links.  I went there.  All of them.  Denise made a nice list.   He’s really just an expression of me so the complaint department for what’s going on is really in my own ear.  Are we listening?

Anyways.  I wrote a little bit about the Hearts of Gold in my e-mail and included what had been written about him by me.  I included Jerry’s article and our comments and congratulated him on his company finally receiving the energetic confirmation today of so much he has worked on and how many people he has tried to care for.  The fraud beats on his stock price intentionally all the time to say that he will never be right.  Fifty years and going and he’s still right.  He still cares.  He still loves and believes.  He is me and he is you and he is.  We is.  I is?

I sent the e-mail and then left the house with my wife.

I walked into the gas station to buy my wife some water and what was playing on the radio, Neil Young’s Heart of Gold.

I pray that all be found as well as can be.

it took me some time to respond as I wanted to read very carefully the article of Savage. It is excellent indeed, although at the end he comes to the wrong conclusions but we are used to this crack moment in the thinking of all conventional experts who may be brilliant in their analysis to a certain point and then due to their agnosticism make an inevitable U-turn and descend again in their comfort zone as I recently wrote to Denise about this ubiquitous psychological phenomenon among most humans. I do not see any chance for the bull market in gold, silver and gold mines to unfold as before that the entire financial system will end with an electric apoptosis. You cannot describe a singularity with a linear mind. This is the crux of all other experts and the gap between us and them widens with each day.

Nonetheless, I am tempted to use Savage’s article as a canvas, a template, to present the broader picture of the banksters’ manipulations in the last years since we started with the ascension full force when we opened the stargate 11.11.11. This was an epic achievement of the PAT and after that the magnitude of banksters’ manipulations had to increase exponentially as to balance the influx of source energy into this holographic reality. It has been an upward battle for them since then and they lost it on all fronts as the latest events in the banking sector prove and also Savage shows in his article.

Altogether we should feel a deep and overwhelming sense of satisfaction and vindication that after we have wandered for so long alone in the desert we have finally reached a lush oasis, and no longer a mirage on the horizon, where all dreams can come true at once and we can finally repose from the murderous journey of being an object of perennial rejection.