Brad discusses today in his article “The Dollar Is Dead” how all dark 3D technologies are failing spectacularly in the current End Time when coming in contact with source energies flowing through our expanded fields as Logos Gods. And a few minutes later this spectacular news:

“The Large Hadron Collider at Cern is offline after suffering a short circuit – caused by a weasel. The unfortunate creature did not survive the encounter with a transformer at the site near Geneva in Switzerland. The LHC was running when a “severe electrical perturbation” occurred in the early hours of Friday morning.

A spokesman for Cern said that the weasel did not get into the tunnels, just the electrical facilities. Arnaud Marsollier told the BBC that while it was, fortunately, not every day that an animal affected the equipment, it was not that surprising as the research facility is in the countryside. Really!?“ 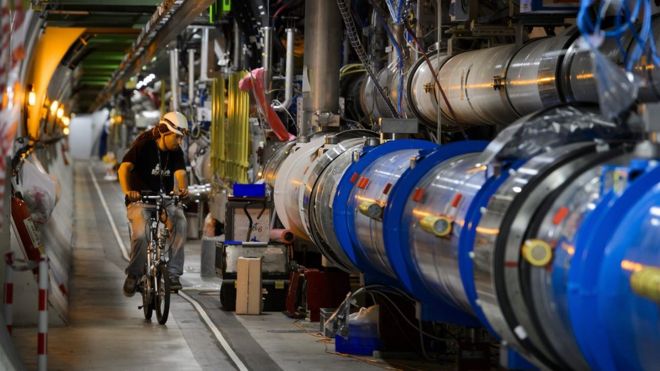 Our immediate creation continues unabated and is gaining momentum with each day. Brad predicted the collapse of the dollar as follows today:

“The gold market should have been laid to waste this week with options expiring and instead it has rallied hard and closed tonight over the $1265 that I’m looking for to go nuts up to the mid $1500’s.  Tomorrow is a huge day as a weekly close over $1265 would be surreal with everything in paper world saying the opposite should be happening. It is the loss of control we are looking for. The physical market is now taking over and it doesn’t exist in the West anymore.”

And guess what? Today the gold price has surged early this morning to $1295 and has currently stabilized around $1291.

Conclusion: The dark cabal and their banksters are now rapidly losing control over the financial markets and the world situation and the crash is striding with giant steps. It does not need a “black swan” but a small weasel to shut down the only technological vehicle the dark forces have at their disposal with which they try to hinder our ascension – the large hadron collider in CERN. And now…. what will be needed for the dollar to collapse…?

This is what I define as the law of cosmic optimization:

Until the next showdown.