channelled by Astraea and Amora, December 11, 2015

More on the Nature of Magnetism

Don’t worry, this will be a short introduction. As I said in the past, there is only magnetism. Electricity is an anthropomorphic label used by scientists to describe the manifestation of magnetism in matter, in particular in metals and other conductors.

How can we define and understand Magnetism?

Magnetism is the universal energy gradient U= c^2 of photon space-time that can manifest in 3D in infinite forms and energy fields which display specific superimposed gradients and forces.

Magnetism is a property of photon space-time, but in fact it is a property of the refined energies of the first and second cause of Creation that are active as higher frequency octaves behind the visible and invisible photon space-time and determine its properties. Please observe that All-That-Is is a Whole consisting of open, superimposed wave systems and levels that constantly interact and exchange energy. For instance, a magnetic field creates an electric current in metals and other conductors through induction and vice verse, an alternating current in a wire creates a magnetic field around it that can be transformed into mechanical (rotational) work. This energy exchange was used by Tesla to invent the electric motor and the dynamo.

Photon space-time (bosons) and the elementary particles of matter (fermions) created by the second cause of Source energies are then used in the third cause to create forms of matter and specific photon space-time energetic fields that build the lower dimensions (3D and 4D), such as universes, galaxies, planets, physical matter, organic plants and animals, sentient beings, etc. This archetypal structure of Creation has been discussed in previous messages channelled by the Elohim Astraea and Amora.

Equipped with these concepts , you can now appreciate the depth and clarity of this latest message from the Elohim Astraea and Amora. For this you must know that gravitation is also a manifestation of magnetism, the way I and these Elohim understand this phenomenon. The mechanism of gravitation was explained for the first time by myself in 1995 after I had shown that photons have a mass contrary to the current wrong idea of conventional physics declaring that photons are massless particles. I have discussed this issue in connection with neutrinos who are currently also considered to have no mass in the standard model and how this flawed idea has caused profound confusion in physics.

As physicists were unable to explain the mechanism of gravitation, in their desperation they introduced the hypothetical graviton, an elementary particle that was supposed to transmit the gravitational force. This is idiotic reductionism based on the separation of the scientists’ minds from their souls and the Source. After more than half a century of futile research for the elusive graviton, this idea was dropped silently.

The history of humankind is an incessant chain of idiotic concepts that have been created by the big majority of agnostic young souls. They merely reflect their profound separation from the Whole at the ego-mind level and serve only as an alibi for this derailed mental state; it is a cheap excuse to engage in all kinds of idiotic activities such as present-day unyielding experimental research so that these young souls can have the feeling of doing something very important.

The same holds true for magnetism. After physics was unable to describe magnetism and the combination of this phenomenon with electricity in the concept of “electromagnetism” failed to render a feasible explanation how magnetic fields can induce electric current in all matter and not only in magnetized metals and other conductors, the scientists decided to postulate the existence of a hypothetical magneton, an elementary particle that is a carrier of magnetic force. The outcome was the same as with the search for the virtual graviton. After decades of futile brain-dead research for the virtual magneton the scientists dropped it quietly a few years ago. I refer to these aberrations in modern scientific research only to show you how relevant the messages of Astraea and Amora are and that they address, in popular language, fundamental theoretical concepts with which humanity will have to deal a lot after ascension in the new 4D worlds when the new theory of the Universal Law will be universally established.

When I am talking about the magneton as an elementary particle here, it should not be confused with the term Bohr magneton, which is a fundamental constant of electromagnetism and quantum mechanics. I have proved in the new theory of the Universal Law that this constant is a synonym for the “area of a circle” with respect to the electron. For further information see article

and also Table 1 which shows how the fundamental constant Bohr magneton leads to the unification of magnetism with gravitation:

With this I will finish my theoretical introduction into magnetism, which is also the foundation of superconductivity (see message 6 of Astraea and Amora) and all the new 4D technologies yet to come. 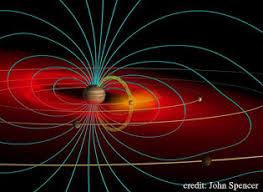 Within the higher expressions of reality, All-That-Is moves light-energy along pathways of superconductive grids resembling geometrical latticework.  However, within the lower frequency and slower vibrating realities such as your third dimension, the role of magnetism is front and centre.  You live in a magnetic reality!

The reality which you perceive visibly to be around you and within which you physically reside is a magnetic reality.  In our last message  http://astraeaetamora.org/2015/11/magnetism-polarity-and-superconductivity-as-the-basis-of-creation-message-6/  we explain how magnetism works within this expression of reality.  This is the foundation of how form in matter begins, how it is expressed, and how it moves onward in its evolution.  Every single action that takes place in your reality is based on magnetism, energy exchange/ interchange within a magnetic field.

We will even go so far as to say that all magnetic fields within your reality are actually forms of bio-magnetic fields.  What is the bio-magnetic field?  It is a compilation of energetic molecular reactions within every third dimensional organic expression, meaning from every kingdom including the plant, animal and mineral kingdoms, where every single expression has its own built-in magnetic field and whereby these bio-fields interface with all other bio-magnetic fields around them.  All elements within your dimension contain magnetic structures within their makeup, similar to the already discovered magnetosome   http://encyclopedia.thefreedictionary.com/magnetosome.  These magnetic particles are what creates the great inter-connection here of the human body/mind/spirit system to all other expressions, whether they are animal/human, vegetable or mineral.

You as a human, have the most finely tuned and ever-expanding bio-magnetic field that continually interfaces with your reality. Not only do you interface with other humans on this basis, you are constantly connecting to every organic object within your environment.  How is this connection made? 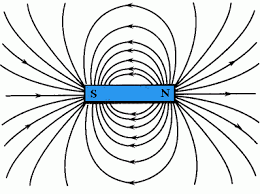 There is a constant flow of energy through the subtle energy fields that make up your body/mind/spirit system.  These subtle energy fields or Auras can been seen with the help of Kirlian Photography http://www.crystalinks.com/aura.html.  These magnetic fields create the inseparable link to your reality and to the experience of your physical incarnation.  In the human body there is a free-streaming of energetic particles within its magnetic field as it interfaces with every other magnetic field. As you study the above diagram you will see that the ends of the poles are “open” and it is through these open ends that connections are supported.  It is this free-streaming of energy that connects the body/mind/spirit of one individual with another.  There are measurable connections between the bodies of two people once they have physically touched; there are telepathic connections as a result of mental body connections between two or more people; and each one of you is able to experience the highly refined emotional/spiritual connection to your own Soul, depending upon your own belief system and your openness to learning about a new way of understanding the world.

How does the human interpret his spiritual connection to this world?  As an adult, you have likely learned to feel fear of this connection to your natural world and to your Soul, whether you realize this fact or not.  You may simply reject this discussion based on prejudice of any insight that may be offered to you with regard to your Soul.

This interpretation is a learned event because there is no interpretation in the child.  The child knows that he is a part of his world, that indeed, he is a part of the very nature that surrounds him.  Young children are open to the power of the natural world and this openness allows the body/mind/spirit system to immediately enter into sacred flow with the creation of All-That-Is.  This is the natural connection where, as children, you feel the rhythms of joy, an easiness, a playfulness, and a freedom in the knowing that you are OF the universe and not just IN it.  However, the fear-based socialization of your children creates increasingly rigid minds and leaves them believing they are individuals who are separate and apart from their own world.  This teaching leaves children increasingly alienated from their own reality as they grow older, losing their sense of joy and most importantly, their sense of safety and freedom in the connection to All-That-Is through the energy of being at One with the entire universe.

In the final analysis it remains true that whether one recognizes his magnetic connection to the array of fields around him or not, he will always remain connected to his reality.  When one opens to this knowledge, one opens to the experience and beauty of embracing All-That-Is and life will take on a whole new meaning.