As Brad just pointed out, this coming week we shall see if the rigging of the stock and other financial markets will continue according to the template of previous years (2011  versus 2015) or whether we shall witness for the first time the capitulation of the banksters’ cartel in front of the irresistible power of All-That-Is and its protagonists on the ground – the incumbent Logos Gods of the PAT. The main stock indices have gone south this week and if they continue with their downward trend next week, the Ponzi scheme of the dark cabal is finished. 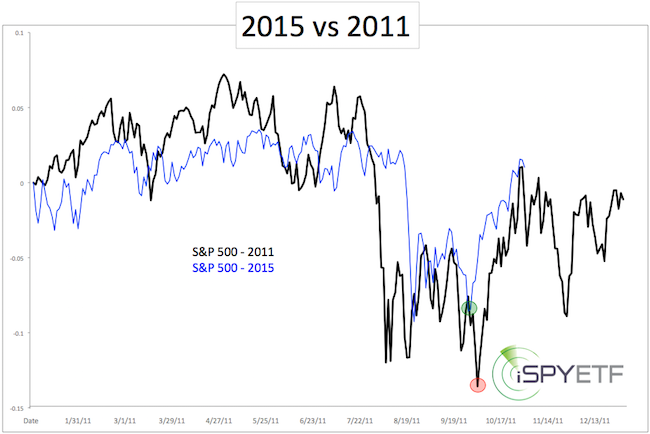 As in the famous novel of Gabriel Garcia Marquez “Chronicle of a Death Foretold“, the collapse of the Orion monetary and economic system is announced unequivocally by all facts and even the official statistics can no longer be rigged.

For The First Time Ever, Japan Enters A Quintuple-Dip Recession (Courtesy Of Abenomics).

Nothing says more clearly about the putative success of a state monetary policy of unlimited spending than  5 “technical” recessions in 5 years…, – a policy that is now being excessively copied by the USA and the EU as the last resort:

The Greatest Depression of all time is on the march, not only in North America but also in the emerging markets and the accompanying hyperinflation, about which Henry already spoke in his report with respect to the USA now wipes out the constantly diminishing income of the American citizens and leaves them in utter poverty and mass hunger:

As I promised you, the Orion matrix has begun to collapse full force after we opened the 11.11 portal and cleansed the core and the crystalline grid of Gaia from all dark energies. When the world economy begins to collapse, there will be no stopping anymore and no cabal’s fraud will be able to hide it. We have entered this final period of exponential instability and chaos. I smell it in the air and I feel it with all my inner senses, as never before. The Paris terror act is just a side note in this global Armageddon that is now unfolding in front of our eyes.

Currently even the MSM have begun to write the “chronicle of the death foretold of the Orion matrix”. Bloomberg has just published a remarkable article titled (see the full article below):

What it essentially says is that “something very strange is happening in the world of fixed income.  Across developed markets, the conventional relationship between government debt — long considered the risk-free benchmark — and other assets has been turned upside-down.” The rates on interest-rate swaps have plunged below Treasury yields and have sparked the angst among investors that “something bigger is brewing under the surface“. Nowhere is that more evident than in the U.S., where lending to the government should be far safer than speculating on the direction of interest rates with Wall Street banks.

Put is simply for the layman: It is hard to overstate how illogical it is when swap spreads are inverted. That is because it suggests that the western governments are less creditworthy than the very financial institutions they bailed out during the credit crisis with more than 3 QEs and trillions of borrowed dollars just seven years ago.

In other words, all investors are now pricing the de facto default of the USA and all other major western economies and have completely lost their faith in the national state. This is the current chronicle of a death foretold of the Orion Ponzi scheme in finance and a brilliant confirmation of all my forecasts for the End Time scenario in the financial sector. I am curious now to read what Brad will have to say on this unique phenomenon when he is able to comment; he is now on a trip to LA, California.

For me this is the final signal before the global financial crash will begin. Fasten your seatbelts, the rocket of ascension has just been launched.

Something very strange is happening in the world of fixed income.

Across developed markets, the conventional relationship between government debt — long considered the risk-free benchmark — and other assets has been turned upside-down.

Nowhere is that more evident than in the U.S., where lending to the government should be far safer than speculating on the direction of interest rates with Wall Street banks. But these days, it’s just the opposite as a growing number of Treasuries yield more than interest-rate swaps. The same phenomenon has emerged in the U.K., while the “swap spread” as it’s known among bond-market types, has shrunk to the smallest on record in Australia.

Part of it simply has to do with the fact that investors are pushing up yields on Treasuries — which guide rates for just about everything — as the Federal Reserve prepares to raise borrowing costs for the first time in a decade. But in many ways, it reflects the unintended consequences of post-crisis rules designed to make the financial system stronger. Those changes have made it cheaper and safer to use derivatives to hedge risk, and more onerous and expensive for bond dealers to make markets in the safest securities.

“These kinds of dislocations can be expected to grow over time,” said Aaron Kohli, a fixed-income strategist at Bank of Montreal, one of 22 primary dealers that trade directly with the Fed. “The market structure and regulatory structure has evolved in a period with very low volatility. Once you take that away, it’s not clear what the secondary implications of that will be.”

It’s hard to overstate how illogical it is when swap spreads are inverted. That’s because it suggests that governments are less creditworthy than the very financial institutions they bailed out during the credit crisis just seven years ago. And as the Fed prepares to end its near-zero rate policy, those distortions are coming to the fore.

The rate on 30-year swaps, which allow investors, companies and traders to exchange fixed interest rates for those that fluctuate with the market, and vice versa, has been lower than comparable yields on Treasuries for years now as pension funds and insurers increasingly hedged their long-term liabilities.

But in the past three months, spreads on shorter-dated contracts have also quickly turned negative. Now, five-year swap rates are 0.05 percentage points lower than similar-maturity Treasuries, while those due in three years are also on the verge of flipping.

As the phenomenon becomes more widespread, it adds to evidence that it’s not just a one-off, according to Priya Misra, the New York-based head of global interest-rate strategy at TD Securities, another primary dealer.

“Everybody in the fixed-income market should care about this,” she said.

In the U.K., where the Bank of England is also debating whether to raise rates, the swap spread reached minus 0.05 percentage points on Nov. 12, the least since December 2013. The difference between 10-year Australian notes and comparable swaps fell to a record last week as speculation diminished the central bank will cut borrowing costs.

In a recent report titled the “Global Regulatory Crisis,” Goodman pointed to regulators’ efforts to head off another crisis as one of the reasons for the shrinking spreads.

One of those rules has moved swaps to central clearinghouses, which has pushed down costs by eliminating most of the counter-party risks of trading directly with banks. Another has been the so-called supplementary leverage ratio, an addendum from U.S. regulators to global capital regulations known as Basel III. In one part of the provisions, government bonds are considered just as risky as corporate debt.

That’s made banks less willing to own sovereigns and pushed them toward swaps, which eat up less cash and aren’t subject to the same capital requirements. U.S. commercial banks cut their Treasury holdings for the first time in two years in the three months ended September, even as their total government debt positions, including those backed by federal agencies, have continued to rise, Fed data show.

“We saw a lot of this accentuated at the end of September,” said Yvette Klevan, a fixed-income manager at Lazard Asset Management, which oversees $165 billion. “They wanted to clean up their balance sheets by reducing bond inventory.”

With China poised to cull its U.S. debt holdings for the first time since 2001, the decline in demand is contributing to higher borrowing costs. Yields on 10-year Treasuries have climbed from a low of 1.90 percent on Oct. 2 to 2.25 percent as of 12:02 p.m. Monday in Tokyo.

Longer term, JPMorgan Chase & Co. estimates the U.S. government may face $260 billion in additional interest costs over the next decade as a consequence.

“This is not really just a somewhat esoteric story about interest-rate derivatives,” strategists led by Joshua Younger wrote in a Nov. 6 report. “Moves in spreads should be viewed as symptomatic of deeper problems.”

Another potential problem is that inverted swap spreads may ultimately cause investors and borrowers to lose confidence in the bond market’s ability to correctly price risk and provide capital to those who need it, according to Steve Major, head of fixed income research at HSBC Holdings Plc.

Demand for swaps, which has boomed in recent years as companies that issued fixed-rate bonds used the contracts to hedge away the risk of changing Treasury yields, also serve as benchmarks for a variety of debt, including mortgage-backed and auto-loan securities.

“The role of the bond market is to provide funding at the right rates for the real economy,” Major said. “That’s why the bond market exists — to help efficiently finance projects, businesses etcetera. If that efficiency is undermined, it’s not going to be a positive thing for the economy.”

Whatever the reason, the severity of the distortions is unnerving many investors.

“What there doesn’t appear to be is any single smoking gun that says why swap spread changes have been so dramatic,” said Thomas Urano, a money manager at Sage Advisory Services Ltd., which oversees $11 billion. The big question remains whether there is “something bigger brewing under the surface that so far hasn’t been pinpointed yet.”