The Arcturians and Our Galactic Family

I have decided to publish this latest message of Sue as it confirms the previous one I have just published, although it does not contain anything new for you. It simply reaffirms the well-known fact that we create our ascension and that the intensity of our thoughts and emotions builds the necessary threshold for its manifestation.

The higher perception of your Third Eye and unconditional love of your High Heart prepare your physical brain for the merging with your multidimensional mind.

You will facilitate this merging by unifying your physical senses of sight, hearing, smell and bodily sensations with your multidimensional senses of clairvoyance, clairaudience, and clairsentience.

Free of the limitations of your physical perception, you prepare the perceptual areas on your brain to perceive us as within you rather than outside of you. Yes, feel us in your body, as we are NOT separate from you. Your 3D mind has projected an image of us that appears to be outside of you. However, that vision is a projection of what is actually inside of you.

In fact, ALL of your experiences of reality are the “outer” projection of what you are actually perceiving “inside” of you. You are still accustomed to 3D rules in which you were taught to believe that reality is outside of you, and you were a victim to whatever occurred in your life.

(It is important to know that the ascension waves that are now coming from the Source are not gamma waves as this is a very low-frequency electromagnetic spectrum compared to the source energies. Hence, there is also no Wave-X as some ignorant New Agers claim. As Sue has no idea of physics (I know this as I have had many discussions with her on this issue), just as most New Age channellers, their sources simply refer to gamma waves as an allegory of the much higher frequency source energies that now flood our bodies and fields, and through them Gaia and humanity, and prepare them for the final shift. The gamma spectrum symbolizes in this case the highest frequencies from the Source, as it is above the visible spectrum and its rays cannot be seen with the human eye but only with the help of instruments. The frequencies of the Source energies are so high that they cannot be seen with any material instrument whatsoever according to the Heisenberg principle of uncertainty that explains the breaking of the wave function, but only with our Higher Senses, which some people define as the “third eye”. I have discussed this crucial gnostic topic at length in all my books on Science and Gnosis. Note, George.)

You can see in the below chart that your 3D, physical perception of light is VERY small. Therefore, your third dimensional brain is greatly limited in registering a conscious awareness of gamma wave energy fields. 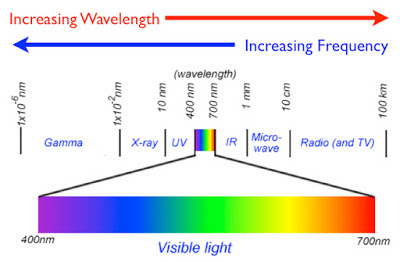 Fortunately, as your states of consciousness expand, so does your perception. Then, once you can meditate into a state of gamma wave consciousness, you will be able to perceive these higher energies via your Third Eye and High Heart. In order to perceive reality through these multidimensional portals of your earth vessel, you must remember that it is NOT the “time” or “date” on your 3D clock and calendar that is important. 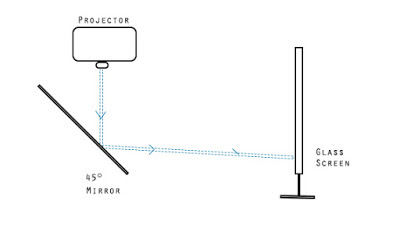 To explain in the simplest manner, your 3D self can not perceive what is actually being projected into your consciousness, because you are attending to the “projection of reality” that is reflected off the screen of your third dimensional perceptions. You have been trained for myriad incarnations that only the physical world is real.

Now, holographic projection is not this simplistic, but we are using it as a metaphor to assist you to understand that YOU are actually the one who is projecting the light outside of you and onto the “screen/illusion” of reality.

Since you were trained that the “Projector God” was outside and above you, even if you took some responsibility for what occurred in you life, it was because of the Projector God who Blessed or Cursed you.

For details about holographic projection please review the links below:

We, the Arcturians do not give any dates for special events because the process of planetary ascension is not about time, but about the frequency of humanity’s perceptions. However, dates are announced from higher sources so that people can direct their energy to that date.

(This is a leitmotif of this website since its opening. The mission of the PAT is to raise the frequency of Gaia and humanity. Therefore envision our ascension for the end of this month so that we can reach the necessary threshold for this event to manifest on this uppermost mother planet. Note, George)

If enough people direct their LOVING energy to that given date, then HOLD a frequency that is high enough for them to perceive the event, the “predicted” event may very well occur to them.

Therefore, Gaia and Her inhabitants can:

·      Assist others who have made that shift to adapt

·      Then some will remain in that frequency

This pattern is similar to all “rescue missions,” such as with the hurricane Katrina. The helicopters took as many people as possible. Re-located them. Found those who could help the ones who needed it. Then went back for more people.

However, it is VITAL that you remember that this Mission is NOT about just rescuing humans off Gaia’s third-dimensional holographic habitat zone. This Mission is about rescuing Gaia’s planetary self.

Therefore, you MUST remember (the basic truth of the PAT, note George) that YOU are a multidimensional being (Logos God) who resonates to myriad higher frequencies of reality.