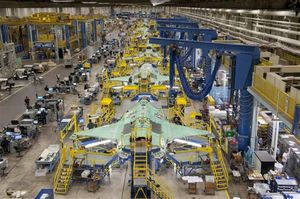 War is the only business America has left

On July 24th, the Times of London did not headline as this news-report is headlined, but instead headlined much more obscurely, “Russia fears prompt Nato to look east for HQ.” Of course, people in the West tend not to care a lot about what “Russia fears.” They also don’t care much about whether “Nato,” or actually NATO [it’s an acronym and so is supposed to be all-caps], would “look east for HQ.” So, this news report did not garner much attention – as it was, indeed, not intended to.

Online (where the critical, analytical, readers increasingly are), it received even less, because that newspaper isn’t online, except for its subscribers – people who are willing to pay for such poor journalism as the Times; i.e, pay to read corporations’ PR presented in the form of ‘news reports.’

The lengthiest excerpt from the article that’s online is at NATO’s own site, the PR delivered straight from the horses’ mouth, which posting there is certainly validation that the article represents NATO’s position accurately, even if it does so in ‘appropriately’ vague terms. (Of course, that’s not “appropriate” for readers, but for NATO, which is the weapons-manufacturers’ trade-organization, that’s being served in this ‘news’ story.)

It reports that “a military base in eastern Europe” will be “placing supplies – weapons, ammunition and ration packs – at the headquarters” [what ‘headquarters’? It’s the first usage of this term there, and yet doesn’t say] to enable a sudden influx of thousands of Nato troops to be ready for action in the event of a crisis.” Furthermore, “the leading contender [for the ‘headquarters,’ though the vaguely written article doesn’t explicitly say so] is Multinational Corps Northeast, in Szczecin, Poland. … It would be a 24/7 fully functioning headquarters that forces [what ‘forces,’ whose ‘forces’?] could quickly fall in on to respond rapidly when needed.”

This is a vague way of saying that the prepositioned weapons there would be for “forces” who are rushing in to grab their weapons and invade Russia at a moment’s notice. The vague assumption embodied here is that this would be a defensive invasion against an offensive Russia. The news-report is written for people who have that assumption about NATO’s being ‘defensive’, and who do not worry that they might have been fooled into believing it, but the report builds upon that unquestioning assumption on the reader’s part. By this implicit instead of explicit means, the article is saying that to call NATO a purely ‘defensive’ organization isn’t a lie – which it actually is – but is instead a perfectly reasonable assumption for intelligent people to hold (despite all historical evidence to the contrary); and that, consequently the idea of NATO’s increasingly surrounding Russia with its missiles is purely a ‘defensive’ measure, nothing for Russians to find terrifying.

“The shift in posture is being proposed by General Philip Breedlove, Nato’s top commander in Europe.”

In other words, to decode this corporate PR yet further, the American General, Breedlove, who is the organization’s top commander regarding a war against Russia, has proposed this forward quick-strike (or, as Hitler called it “blitzkrieg”) base, and all of the weapons-manufacturing and sales that would be servicing the base, which the article says would be for “pre-positioned supplies, pre-positioned capabilities and a basing area ready to rapidly accept follow-on forces,” to invade Russia (since, after all, that would require the biggest-possible military sales, which is what NATO is for).

In order to provide the article’s readers with ‘authoritative’ support for its unmentioned and unquestioned assumption that NATO isn’t aggressive, the article quotes an unnamed “Nato official” as asserting: “The Russians have decided that they are willing to use force to achieve their aims . . . and that breaks with 25 years of building a security structure in Europe built around certain fundamentals.” That unquestioned assertion is, in turn, based upon a gross falsification of the history of what has happened in Ukraine this year, including of the populist-backed return of Crimea to Russia, because Russia had donated Crimea to Ukraine in 1954 and the residents there had not been consulted about the matter and still consider themselves to be Russians, and now are officially Russians, which they overwhelmingly want to be.

So, NATO is surrounding Russia with hostile forces (largely on the basis of lies about ‘Russia’s aggression against Crimea’), which are dedicated to hostility toward Russia, and yet it’s presumed (certainly by the gullible readership of the Times and of Rupert Murdoch’s other rags) to be defensive, not offensive in nature, against Russia. 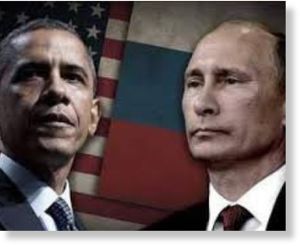 When Russia’s predecessor, the Soviet Union, similarly prepared to position nuclear missiles near America, in Cuba, in 1962, U.S. President John Fitzgerald Kennedy was willing to lead America to nuclear war against the Soviet Union if they went ahead with their plan. So, why is Russia’s leader Vladimir Putin waiting this long to do the same, even after his nation is already surrounded with NATO’s hostile weapons (like the U.S. never was by the Soviet Unions weapons), even decades after the Soviet Union and its communist ideology have ended and there is no longer any justification for NATO’s existence other than as Western arms-makers’ marketing organization?

Isn’t it time, then, for Russia’s President Putin to demand ‘the West’ (actually NATO, the trade-organization of U.S. and European military suppliers) to stop doing this horrendous thing, and NATO itself either to disband or to admit Russia into its membership so that the new NATO won’t threaten WW III – nuclear war?

How long will Putin wait, because NATO is already now a hot threat against not only Russia but the entire world; there will be only losers in a nuclear war; and those losers will be not only all humans, but all animals of all sorts, and all of posterity, all in order to sell these tons of weapons today.

Terminating NATO, or else admitting Russia into it, is essential for the future of the world, and so Putin should demand it now, just as JFK demanded an end to missiles-in-Cuba in 1962.

The future of the world should not be subordinated to the wills of the chief stockholders in companies such as Raytheon and Lockheed Martin.

That news-report in the Times was published on July 24th, and yet only on December 5th was its meaning introduced online (which is where the critical audience increasingly is). Professor Michel Chossudovsky headlined “America is on a ‘Hot War Footing’: House Legislation Paves the Way for War with Russia?” and he placed the Times article into its broader context to show that, yes, indeed, NATO is gearing up for an invasion of Russia. The marketing plan is a great success.

Why, then, was that Times article so obtusely written and so boringly headlined? Once the new forward-strike headquarters is up and running just a stone’s throw away from Russia, there is bound to be public discussion of what’s happening and why. But, by then it will already be too late. More than four months have already passed and the world still hasn’t noticed what’s happening; so, NATO can say, “But, we announced it on July 24th.” No, they didn’t. The news was buried, just like NATO wants to bury Russia.

Anyone who does not think that the U.S. is leading the global fascist charge now, just as Germany was doing in the 1940s, doesn’t understand what is happening, nor why.