In his latest message Jophiel announces the following scenario that will lead to the ID split of the upper 4D earth from the other timelines and the occurrence of our ascension:

“The source of nourishment of the dark forces dries up – and they must move to new levels of being. So it happens now that in a final “act of desperation” which the dark forces will commit, the dice will fall in favor of the ascending humans – because as soon as the new devastations shall take place, the worlds will be separated. The critical mass will be reached then, because evil is energy that produces light, and the people can perceive the light only because of the darkness.”

Where will this “act of desperation” come from?  – This is the key question these days. Obviously only from a place, where the desperation has already reached its all-time high – in the United States of Atrocity.

In this allegedly civilized Western country, the only way the “soulless, ugly people”  can  now celebrate their most sacred national day – the Independence Day, the Fourth of July – is by unleashing the most brutal violence in  “peaceful times” and by committing on one day more crimes than all virtual terrorists, created by CIA, have committed worldwide in the last 20 years. How deep must this country have fallen in the abyss of total despair when even the flagship of the Orion controlled MSM-disinformation, the New York Times, can no longer hide this dire reality.

Weekend in Chicago Despite a Recent Trend of Decreasing Homicides 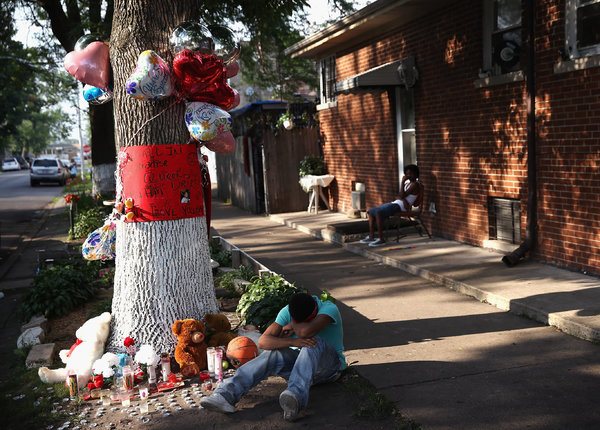 CHICAGO — Amid the flash and bang of fireworks, gunshots from 47 separate shootings echoed through this city over the extended Fourth of July weekend, killing 11 and wounding dozens more, including a 5-year-old boy. The events were a sober reminder to residents that despite a drop in homicides this year, gaining control over gun violence in Chicago will be a long road, and the political pressure it has put on Mayor Rahm Emanuel’s first term is far from over.

“It’s a day-by-day, minute-by-minute crime,” Garry F. McCarthy, the Chicago police superintendent, said at a news conference on Monday. “Yes, we’re seeing great response to our efforts to build a deeper partnership with the communities and the residents that we serve, but we know there’s more work to be done.”

Homicides in Chicago drew national attention last year after a spike in gun violence and gang activity contributed to more than 500 deaths, exceeding the level of bloodshed in the country’s two larger cities, New York and Los Angeles. But the city has been encouraged by a 24 percent reduction in shootings so far this year (from 1,193 to 909) and 28 percent reduction in homicides (from 276 to 200) — an improvement officials attribute partly to an increased police presence, with as many as 400 officers a day patrolling the most dangerous areas. The police say the violence is mostly gang related and in a small number of neighborhoods on the city’s South and West Sides.

In the first week of July, the police say, there were 65 shootings across the city, down from 76 over the same period in 2012. Sixteen people were killed last week, the same as in 2012. In New York City, where homicides are also down this year, there were 38 shootings and seven fatalities last week.

Early July, in particular, is typically a tough time for Chicago violence, said Roseanna Ander, the executive director of the University of Chicago Crime Lab.

“It’s a holiday weekend, you’ve got people out drinking, the weather is nice,” she said. “That is a challenging confluence of factors to be working against.”

Ms. Ander added, “I don’t think this necessarily tells us what the rest of the summer is going to be like, but it does serve as a reminder that this is a very complicated problem.”

In a statement released Monday, Mr. Emanuel said, “Any amount of violence is unacceptable.” Noting that new policing strategies and increased summer programs for children have helped address the problem, he added, “Our work will continue until all residents share the same level of safety.”

Some experts point to colder spring months as a contributing factor to this year’s decline in gun violence.

Among the victims shot in the 80-degree weather last weekend, one person was killed and seven were wounded on Saturday after someone fired an assault weapon from a moving minivan on the West Side. The police said the attack was gang related.

Early Friday, a 5-year-old boy was shot while walking home with his family after a Fourth of July party. Around 1 a.m., the family stopped to talk to some friends in a park on the city’s South Side when someone fired into the crowd, striking the boy, Jaden Donald, in front of his three older siblings.

“They were only in the park for a few minutes,” said the Rev. Dan Willis, the family’s pastor. One bullet pierced his leg, another damaged his kidney, spleen and pancreas, he said. Jaden was still in a hospital Monday — stable, but unconscious and on a ventilator.

The police said two others were wounded in the park shooting. A suspect, Darryl Chambers, 24, a gang member, has been charged with three counts of attempted murder and aggregated battery with a firearm.

Already, state and city officials have used the rash of violence to renew calls for tougher gun laws and increased community involvement in addressing violence in Chicago.

Gov. Pat Quinn joined a community “walk against violence” on the South Side on Saturday and visited a church on the West Side on Sunday as he tried to gain support for amendments he made to a concealed carry law that passed both chambers in May. He wants a limit of one gun and one 10-cartridge ammunition magazine per person, among other changes. But lawmakers are expected to override his veto in a special session on Tuesday.

At the news conference Monday, Mr. McCarthy also called for harsher sentences for people caught carrying a gun illegally. He said a three-year minimum sentence would have stopped five of the gunmen last week, including Mr. Chambers, who had been arrested in 2011 and was given probation.

“Folks, it’s absolutely unacceptable,” Mr. McCarthy said. “The examples go on and on.”