The Dismantling of the Vatican and the Cabal Has Commenced

The former papal ambassador Archbishop Viganò to the United States, a fierce critic of the Vatican and the dark elite, has just written the following letter to President Donald Trump reflecting on the “spiritual battle” engulfing much of the world (see the original letter here). Either he is reading our website or he is one of us and a sleeper of the HR in the Vatican who has now fully awakened.

Of course, it is naive from this archbishop to believe that Trump has the key to the salvation of humanity in this final battle between Gog (the dark cabal and the PTW and Magog (the forces of light embodied by the PAT in human gestalt as the ground crew) but nonetheless it is a first very bold step in the right direction that will have huge repercussions on the entire humanity when we ascend and take over the Vatican, while transforming Rome into the new world spiritual centre. 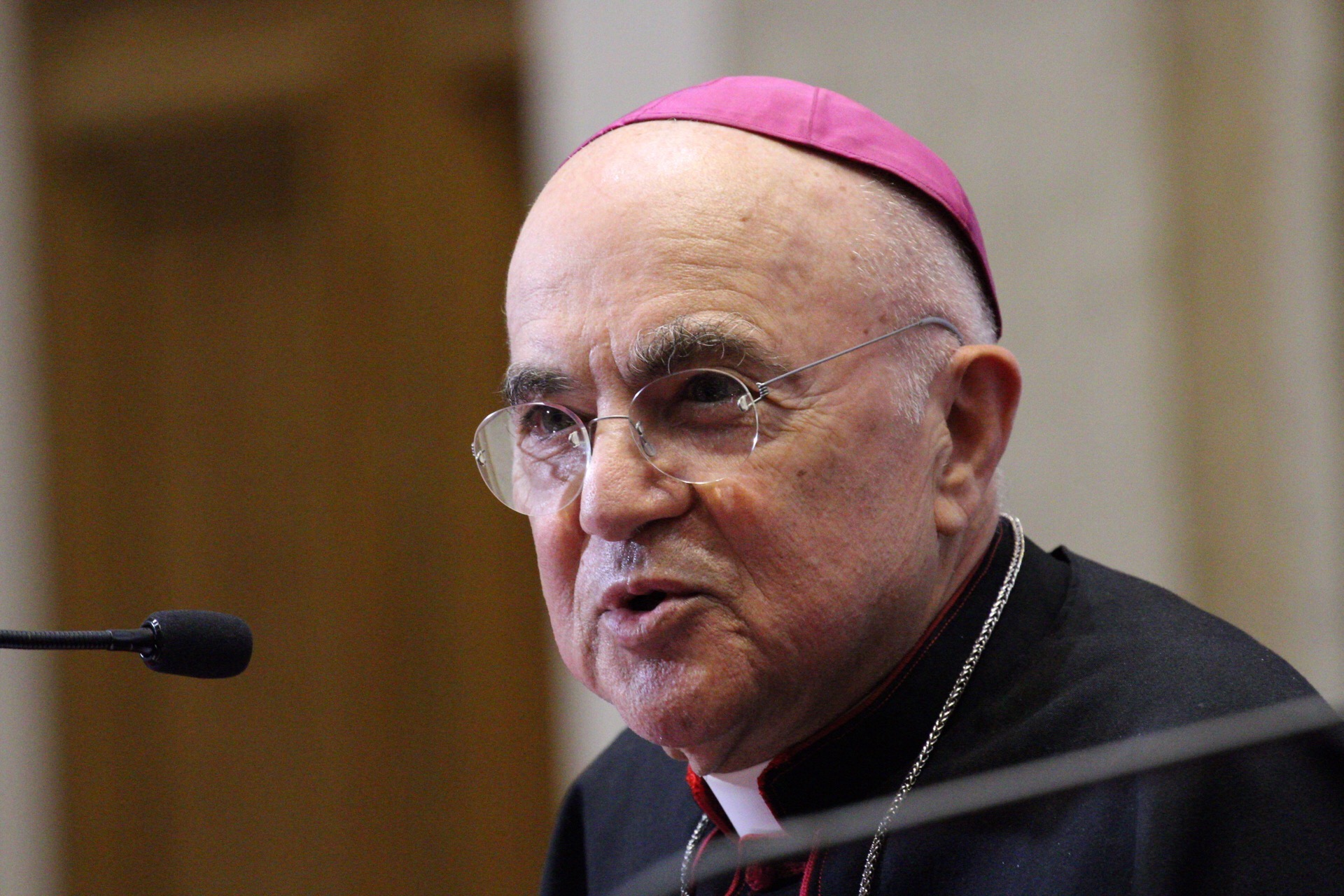 In recent months we have been witnessing the formation of two opposing sides that I would call Biblical: the children of light and the children of darkness. The children of light constitute the most conspicuous part of humanity, while the children of darkness represent an absolute minority. And yet the former are the object of a sort of discrimination which places them in a situation of moral inferiority with respect to their adversaries, who often hold strategic positions in government, in politics, in the economy and in the media. In an apparently inexplicable way, the good are held hostage by the wicked and by those who help them either out of self-interest or fearfulness.

These two sides, which have a Biblical nature, follow the clear separation between the offspring of the Woman and the offspring of the Serpent. On the one hand there are those who, although they have a thousand defects and weaknesses, are motivated by the desire to do good, to be honest, to raise a family, to engage in work, to give prosperity to their homeland, to help the needy, and, in obedience to the Law of God, to merit the Kingdom of Heaven. On the other hand, there are those who serve themselves, who do not hold any moral principles, who want to demolish the family and the nation, exploit workers to make themselves unduly wealthy, foment internal divisions and wars, and accumulate power and money: for them the fallacious illusion of temporal well-being will one day – if they do not repent – yield to the terrible fate that awaits them, far from God, in eternal damnation.

In society, Mr. President, these two opposing realities co-exist as eternal enemies, just as God and Satan are eternal enemies. And it appears that the children of darkness – whom we may easily identify with the deep state which you wisely oppose and which is fiercely waging war against you in these days – have decided to show their cards, so to speak, by now revealing their plans. They seem to be so certain of already having everything under control that they have laid aside that circumspection that until now had at least partially concealed their true intentions. The investigations already under way will reveal the true responsibility of those who managed the Covid emergency not only in the area of health care but also in politics, the economy, and the media. We will probably find that in this colossal operation of social engineering there are people who have decided the fate of humanity, arrogating to themselves the right to act against the will of citizens and their representatives in the governments of nations.

We will also discover that the riots in these days were provoked by those who, seeing that the virus is inevitably fading and that the social alarm of the pandemic is waning, necessarily have had to provoke civil disturbances, because they would be followed by repression which, although legitimate, could be condemned as an unjustified aggression against the population. The same thing is also happening in Europe, in perfect synchrony. It is quite clear that the use of street protests is instrumental to the purposes of those who would like to see someone elected in the upcoming presidential elections who embodies the goals of the deep state and who expresses those goals faithfully and with conviction. It will not be surprising if, in a few months, we learn once again that hidden behind these acts of vandalism and violence there are those who hope to profit from the dissolution of the social order so as to build a world without freedom: Solve et Coagula, as the Masonic adage teaches.

Although it may seem disconcerting, the opposing alignments I have described are also found in religious circles. There are faithful Shepherds who care for the flock of Christ, but there are also mercenary infidels who seek to scatter the flock and hand the sheep over to be devoured by ravenous wolves. It is not surprising that these mercenaries are allies of the children of darkness and hate the children of light: just as there is a deep state, there is also a deep church that betrays its duties and forswears its proper commitments before God. Thus the Invisible Enemy, whom good rulers fight against in public affairs, is also fought against by good shepherds in the ecclesiastical sphere. It is a spiritual battle, which I spoke about in my recent Appeal which was published on May 8.

For the first time, the United States has in you a President who courageously defends the right to life, who is not ashamed to denounce the persecution of Christians throughout the world, who speaks of Jesus Christ and the right of citizens to freedom of worship. Your participation in the March for Life, and more recently your proclamation of the month of April as National Child Abuse Prevention Month, are actions that confirm which side you wish to fight on. And I dare to believe that both of us are on the same side in this battle, albeit with different weapons.

For this reason, I believe that the attack to which you were subjected after your visit to the National Shrine of Saint John Paul II is part of the orchestrated media narrative which seeks not to fight racism and bring social order, but to aggravate dispositions; not to bring justice, but to legitimize violence and crime; not to serve the truth, but to favor one political faction. And it is disconcerting that there are Bishops – such as those whom I recently denounced – who, by their words, prove that they are aligned on the opposing side. They are subservient to the deep state, to globalism, to aligned thought, to the New World Order which they invoke ever more frequently in the name of a universal brotherhood which has nothing Christian about it, but which evokes the Masonic ideals of those want to dominate the world by driving God out of the courts, out of schools, out of families, and perhaps even out of churches.

The American people are mature and have now understood how much the mainstream media does not want to spread the truth but seeks to silence and distort it, spreading the lie that is useful for the purposes of their masters. However, it is important that the good – who are the majority – wake up from their sluggishness and do not accept being deceived by a minority of dishonest people with unavowable purposes. It is necessary that the good, the children of light, come together and make their voices heard. What more effective way is there to do this, Mr. President, than by prayer, asking the Lord to protect you, the United States, and all of humanity from this enormous attack of the Enemy? Before the power of prayer, the deceptions of the children of darkness will collapse, their plots will be revealed, their betrayal will be shown, their frightening power will end in nothing, brought to light and exposed for what it is: an infernal deception.

Mr. President, my prayer is constantly turned to the beloved American nation, where I had the privilege and honor of being sent by Pope Benedict XVI as Apostolic Nuncio. In this dramatic and decisive hour for all of humanity, I am praying for you and also for all those who are at your side in the government of the United States. I trust that the American people are united with me and you in prayer to Almighty God.

United against the Invisible Enemy of all humanity, I bless you and the First Lady, the beloved American nation, and all men and women of good will.

Here is the Italian version of Viganò open letter to president Trump as a video: