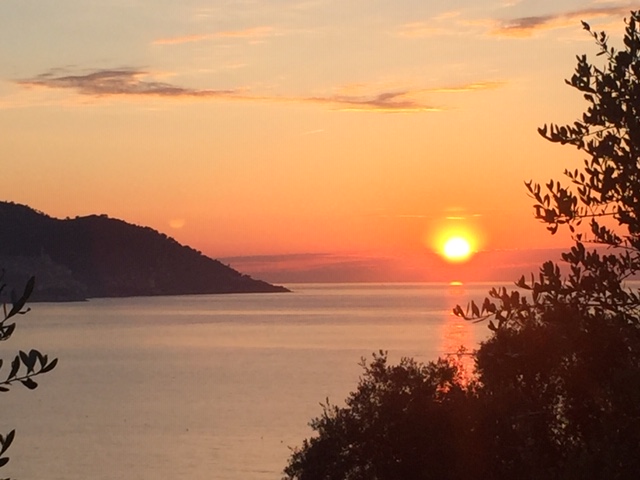 It is with profound joy that I am bringing to You the sacred messages I have received within the past 48 hours that describe what has transpired energetically over this beautiful month of August!  Every month of August promises to deliver – and this one has been no exception. In fact, the past three weeks have brought the most intense energetic shifts yet, during our ongoing expansion into the Light.

You will have noticed this energetic shift by either feeling the energy moving into and through your fields and body, or by noticing the actions and behaviour of those who do not seem to feel energy at all and may express themselves in unusual ways. It is certain that every one of us has experienced some form of shift, either personally and directly, or through observing others in our lives. This very intense transition period has finished and we have been successful in transcending into a new Universe, a Universe where the ascended state is the norm and where we shall now experience our own inherent powers of creation as they were intended.

Over the past few months I have connected to new Sources that have consistently identified themselves as coming from a Universal focus.  Following in this vein, I have recently received channeled messages from a new group that identifies itself as the Council of Twelve. This Council is directly overseeing our ascension into the Light. They were the first group to confirm our grand shift two days ago on the 18th of August, followed by a confirmation from the Elohim collective.  You will feel your Soul’s joy and relief with the announcement of the news that came to me in a very sacred moment, a moment of profound joy – filled with the grace that only the Creator can hold for us.  I am certain this moment will now also be embraced by each and all of you as you attune to the energies emanating from these messages.

From my Heart to Yours ~  my Peace and my Love,

The Background to this event is as follows: On August 18th, at 3:33 in the morning, I awoke with the message to immediately carry out some important gridwork to stabilize the Juan de Fuca Plate that runs along the West Coast of Canada and the USA.  There have been a lot of earthquakes here in recent days. The multi-coloured rainbow rays flooded in for this project and it was spectacular! The stabilization gridwork is important these days especially with the instability between the 3rd, 4th and 5th dimensional realities.

After half an hour or so of directing the rays into the core of Gaia’s crystalline grid, I received the message that all was stabilized once again and it was at this moment that I noticed a slow and steady increase in a new type of energy that began to build, and which grew to a point where I was almost paralysed from the intensity. This wave was a high frequency Ascension Wave although the energy was different from the usual Ascension energy. It built up over the course of 45 minutes and lasted a minimum of three hours.

When it seemed to have reached its full intensity, I was aware that the room was filled with a small group of Light Beings.  From what I could determine, this was a group of Angelic Beings that were holding a profound presence of reverence in the middle of my room. The energies were fully palpable, very comforting, even soothing, loving, blissful and embracing. The Beings remained for twenty minutes and then slowly faded away. Their message? ~ simply a profound sense of peace, reverence, and love.

This Field of profoundly beautiful energy lasted several hours and it hasn’t really let up since then, as I am personally experiencing such a beautiful sustained joy now, even two days later.  To be honest, it really felt to me like we had reached what must be Heaven, because I felt such a sense of peace! Later in the day I received two powerful messages: the first from the Universal Council of Twelve and another followed from the Elohim collective. Today I was guided to convey both of these brief messages to you. It is my knowing that we have now entered a new creation, and as part of this new creation anything is possible, if we will only put our hearts, divine minds and souls to it!

Message from the Universal Council of Twelve

“In the Realms of Living Light, All is One.

We are the Council of Twelve, representing the Brotherhoods of Light that overlight the Earth Creation.

This Earth Creation has arrived at the moment where All is to be re-unified with the One.

The One can be considered to be the Primary Fields of the First Cause of Creation, where Light and Sound unify to create all expressions, and where All expressions co-exist in perfect harmony.”

Message from the Elohim

“It is the precious time of the Heaven’s Gate!  A beautiful alignment [all of August through the Lion’s Gate Portal] where there was a moment of cleansing, a moment of releasing the old, a moment of embracing the new more fully harmonized and expansive way of being and sharing in the New World.

This night [August 18th] marked a moment of precious energetical support for Mother Earth, as foretold mis-alignments along energetic pathways were loved into wholeness  [my lightwork this night to stabilize the Juan de Fuca Plate in the Ring of Fire]. Mother Earth is grateful and Gaia rejoices!

The Living Light is the whole light of Creation that carries within it the Divine Father, Divine Mother/Shekinah and Divine Son energies [ the Christ Consciousness ].

The Seed of the Living Light from the Living Universe has already been gifted to you – it is the Wheel of Light and Life!

In this moment, Mother Earth and all humanity has been pulled into a protective magnetic sheath that is the Next Universe of Living Light and Life!  Many Universes make up the Infinite and in order to be returned to the Living Universe of the Creation through the unification with the Universe of Living Light, all of humanity needs to be activated within the field of the Magnetic Heart Centres ~ The Fountains of Freedom!

We are the Elohim and we rejoice in this unfolding moment!”

This Ascension event was another successful expansion into the higher expressions of the Creation that we now know as The Living Universe.  This success is a firm testimony of steadfast perseverance and dedication shown by all Lightbearers and Lightwarriors of this Ascension. Onward and Upward!  ~  Amora

There may be a special energy report on August from my perspective – how I experienced and co-created this shift. However, I am not sure if I should give you all the details of the physical onslaught I had to undergo during this month in order to accomplish this incredible achievement (which may be an important historical document for future generations), but I can tell you that this was the most intense and debilitating month of light work in my whole life, where I felt I was on the verge of physical annihilation.

It was worth it. Please observe that this final Universal Shift of Gaia and humanity into the new Living Universe of Ascended Being also eliminated the energetic quarantine under which this planet and its incarnated population has been since eons of time. This was only possible after we created the world heart chakra centres – the Fountains of Freedom – first in Italy, Diano Marina on June 10th and then in North America, Vancouver on July 25th

How the Trinity Created “The Fountain of Freedom”

as the Elohim confirmed one more time in their latest message.

This enabled the realization of this final planetary shift into the new Living Universe of Ascended Being withing the Unity Field of One on August 18th. However, this whole shift started actually on July 25th when the two Fountains of Freedom began to expand and to encompass the heart chakras of the entire human population, while making use of the powerful energies of the Lion’s Gate. I know that as I have been connected with my heart chakra with all humans, since it was activated by the Source on July 1st, and can feel their pain and darkness in a poignant telepathic way since then. It is not a pleasant sentiment to behold but it had to be done so that the Universal Shift on August 18th could also succeed. It is interesting that in early August, in anticipation of this date, I was reminded by my HS that I escaped exactly on that day my communist imprisonment in 1975 and arrived safe and sound in Stockholm, Sweden. I talked about that with Amora and she did ascended numerology on this date. It is “10”, the power of the source and I am double “10” = 100 (Source energy on steroids) as the human nexus to the Source.

We have now entered the infinite era of eternal, immediate creation which I expect will begin to manifest after a short transition period of adaptation to the magnetic energies of the New Universe. We moved to the new Golden Galaxy in 2014 and now we are operating on a universal level, that is why Amora has been contacted by the Universal Council of 12. My guess is that this all will unfold in the course of this year. August has fulfilled all my expectations for a rapid ascension in this crucial and for us two final year in human bodies. The next creation I expect is the manifestation of the 5D/7D healing centre in Diano Marino, which is ready for some time and has been only waiting for humanity and earth to reach this ultimate energetic threshold.

Expect big changes in the coming days. In the meantime, enjoy the bliss and grace of the new magnetic Living Universe that are now permeating this reality and its inhabitants, who are opened to these energies, and forget the rest.