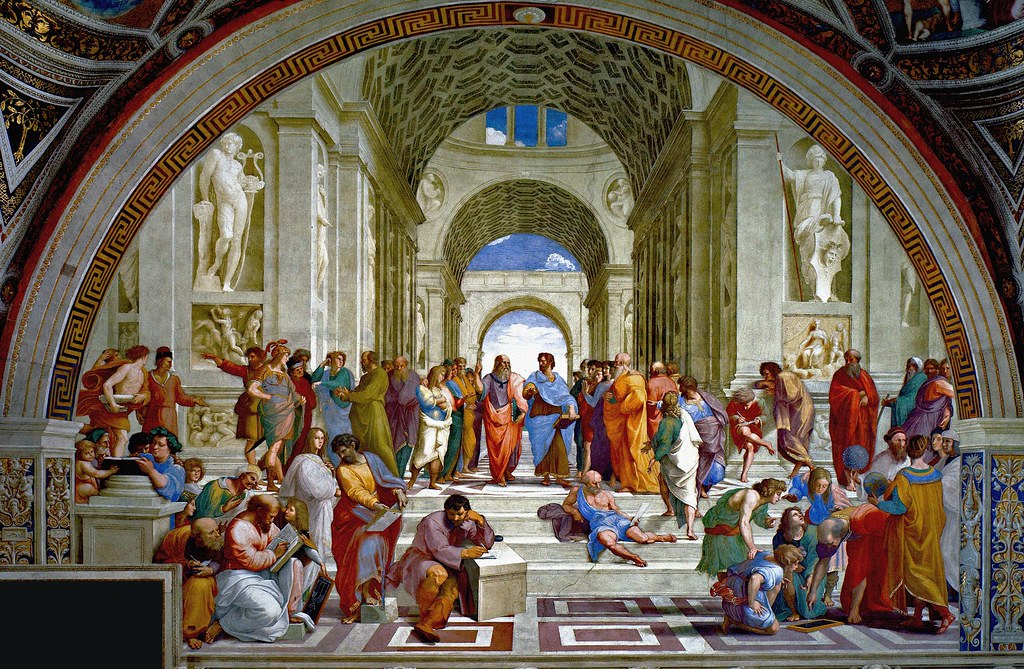 Read also: The Dialectics of Human Mind Devolution in the End Time

We often are reminded how it is that a species who can aspire to the most compassionate acts of forgiveness, empathy and loving-kindness can in a moment’s notice toss that all asunder. How is that so? I will now attempt to answer that nemesis of the human condition by presenting an argument which is based on logical, axiomatic reasoning that transcends the normal reasons and rationale offered up to us by historians, psychologists and those that profess a divine calling in the roles of leaders of religious thought.

The human being first and foremost is a conscious being, one that is able to create, envision and conduct their daily life in ways that promote peace, both to themselves individually and to the collective society in which they are reared. However, history has shown that humanity oftentimes, after periods of transcendental elevation and the culmination of a Renaissance of Ideas and rational eras where philosophy and scientific reasoning were evident across different civilizations, then a period of decline soon follows where nation-state imperialism and wars of conquest fill the coffers of an elite and the hidden hand of subterfuge, chicanery and corruption rules the day.

Darwinians announce that mankind is simply following the biological modus operandi of the ‘Survival of the Fittest’ where the natural propensity to subdue all the inferior hordes gives rise to the institutions of imperialism, slavery and wars without end as the last 400 years of western history has proven beyond a reasonable doubt. The question arises: What happens to a nation-state that begins as a people-elected republic with its call to reason, democratic leanings and prosperity to only result in the finality of its generally accepted short duration into a corrupt greed-driven monstrosity reminiscent of the last days of the Grecian and Roman empires. In our day, America is the leading protagonist in such a role.

What causes the institutions of social benevolence and more importantly the psyche of a temporarily-enlightened population to transpose into a decadent, self-serving amalgamation of essentially soul-deficited characters being led to their own and eventual undoing by elites at the top.

What follows is my reflections on this particular nuance of historically-proven documentation. I posit that it is the education of the youth in certain areas of study that are pivotal in fostering an appreciation for the more abstract and transcendental aspirations that give rise to motives congruent with a philosopher, scientist a metaphysician’s understandings to the finer and spiritually aspired aspirations of the human mind.  A balanced education starting at a very early age which emphasizes the importance of sequential and logical thought ought to be an integral and very important aspect of nurturing a citizen to be able to elevate one’s thinking to a more robust and intuitive component of what we term intelligence.

Today, based on the Prussian model lecture hall paradigm of the late 19th century where a solitary teacher simply lectures at will only to have students regurgitate back memorized lessons without being given the time or opportunity to question debate or engage in dialectical discussion essentially robs the young student at a time when his or her’s brain capacity is growing at a prodigious rate.

I am reminded of the admonition:

“The intuitive mind is a sacred gift and the rational mind is a faithful servant. We have created a society that honors the servant and has forgotten the gift. ” Albert Einstein

” The men the American people admire most extravagantly are the most daring liars; the men they detest most violently are those who will try to tell them the truth. A Galileo could no more be elected President of the United States that he could be elected Pope of Rome. Both high posts are reserved for men favored by God with an extraordinary genius for swathing the bitter facts of life in bandages of soft illusion.” H.L. Mencken

Not to be overlooked is the completely compartmentalized manner in which the young mind is nowadays enmeshed in a drill-like atmosphere of preparing for a career under the guise of being educated to enter the work force. Capitalism needs obedient workers, not thinkers, philosophers and mystics of a high order. No greater rationale for that descent into non-thinking are the words of Rev. Frederick T. Gates, Business Advisor to John D. Rockefeller Sr., 1913:

“In our dream we have limitless resources, and the people yield themselves with perfect docility to our molding hand. The present educational conventions fade from our minds; and, unhampered by tradition, we work our own good will upon a grateful and responsive rural folk. We shall not try to make these people or any of their children into philosophers or men of learning or of science. We are not to raise up among them authors, orators, poets, or men of letters. We shall not search for embryo great artists, painters, musicians. Nor will we cherish even the humbler ambition to raise up from among them lawyers, doctors, preachers, statesmen, of whom we now have ample supply.”  – Rev. Frederick T. Gates, Business Advisor to John D. Rockefeller Sr., 1913

Is it any wonder that since the Industrial Revolution assembly-line paradigm introduced the drudgery of mass-production of commodities of intrinsic obsolescence from what is perceived to be an inexhaustible supply of natural resources which is in direct contradiction to the known supposition that our inhabitable sphere is in fact a finite planet. Such an incomplete understanding results in pollution, animal and plant extinction all the while corporate-driven profit light up the Comex and Wall Street boards with inflated numbers?

Where is the dissident scientist-philosopher of sound mind and transcendental understanding in a world of continuous war and decadence? How are Americans duped into accepting their country’s continuous war making when a logical and axiomatic analysis of the the rational for fighting terror evaporates into the destructive mist of the free-fall buildings characteristic of the false flag event and pretense of 9-11?  http://www.paulcraigroberts.org/2017/04/24/911-destroyed-america/

An educated populace of sound mind and able to intuitively see the discrepancies of what passes as scientific reasoning presented by the MSM and Washington based think-tanks would immediately question and present counter arguments to the present status quo. Not so in America and for a very large portion on the citizens of the world. When one is immersed in an archaic realm of non-thought by the social institutions encompassing the political, economic and religious assertive monopoly of control which by default have their own hidden agenda to advance motives of ill-repute, and a society who sees their very essence for being as aligning to the idea that their only reason for living is to have a job, pay bills, pay taxes, and egregiously indulge in as much entertainment gratification that the elites offer up to a child-like consciousness, then civilization teeters on its own extinction by its inability to discern truth and ultimately come to a spiritually transcendent understanding of their place and proper position as spiritual incarnates in human form. This amoral void in human consciousness is the existential dilemma of humanity today.

It seems that in order for an individual to begin the arduous and initiatory process of awakening to the grander truths inherent to a divine gnosis within, one is first of all engaged in a searching for the answers mankind casts aside as so much drivel, and beyond that the HR and Soul allow the incarnate to walk a crucible of an existential passage.

How many PAT members have experienced a tumultuous turn of events that came in the form of divorce, business failure and/or resulting in bankruptcy or combinations of all three at a critical time in their lives when they perceived that their very ability to confront life was threatened? It is here where the “Dark Night of the Soul” in what appears to be its relentless reign of assault on our individual human psyches becomes manifest and an existential catharsis takes hold of our delicate sensibilities and often bring us to our knees in prayerful petition to assuage the load of doubt, fear and complacency.

What we are not understanding at this most distressing moment is that our HS is creating a portal into our consciousness where our Soul can subdue and eventually overcome the ego. It is not for everyone to bear as there are few human incarnates that can withstand such an overbearing and emotionally-traumatic turn of events. Even when it appears that all is lost, we know intuitively that there is something within, a light-centered flame that keeps us on the path to our true nature and divine-like identification.

Many begin to understand how earlier episodes in one’s life prepared them for this lofty spiritual transition. We are guided by higher sources to the ultimate eventuality of becoming an initiate in entering the Light Body Process. Despite the physical, emotional and relentless rigors inherent in the LBP towards becoming a light warrior of the first and last hour, we know and appreciate that it us the PAT that will become the new teachers of humanity in the higher dimensional worlds to come.

It is this education that is soul-bound which allows one to enter into the venue of an abstract and enlightened reasoning or what Dr. Stankov reveals as gnosis. One may have at this time a varying degree of complete understanding of the many facets of the Universal Law according to individual cognitive perceptions, but that does not matter as we understand intuitively that the arguments set forth in a logical, axiomatic and clear-sighted manner ring true to our soul-inspired consciousness. The many articles encompassing a consummate analysis across the political, economic and societal affairs of this current time are congruous to an astute and transcendental acumen which have allowed us as visitors to www.stankovuniversallaw.com to immerse ourselves into the real education as future stewards and ascended masters in the worlds to come.

Perhaps, we are seeing a glimpse of our ascended role when the full and complete history of our civilizations of antiquity are made known in addition to a complete divulgence of our true origins as represented by this consortium of nation-states entering into a culture-rich discourse of their ancestral inheritance without the participation of the Empire of Evil.