The flow has now reversed.  I may now write what some would consider positive and may be the last for some time.  In honor of Shel Silverstein it’s time to give growth back to the Giving Tree.  The flushing of the safety toilet is the water for the new trees.

Here’s the current picture of the 3-D state of the tree of light.  Everyone rushes to cut its branches and trunk to build and use for fuel.  But the fuel runs out. 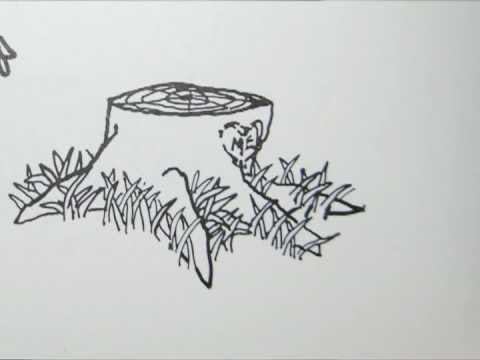 Yesterday, after writing The Silence of Jesus, which is the best homeopathic remedy available for the current state of the energies at work if you need one, a relation of mine walked in and said that his wife had come home with a homeopathic remedy called Safety for their children from a vibrational healer.  Mom was juicing up everyone with the vibration of safety.  What do I even say at this point after writing what I wrote the day before?  I can create a homeopathic remedy to the current state of ever-changing energy and charge $400 a pop forever.  Or I could heal someone forever by telling the truth.  What you are currently doing isn’t going to work ’cause the tree done run out of stuff to lop off.

“Teach a man how to fish he’ll sit on the boat and drink beer all day.”  George Carlin

The flow has flipped and the homeopathic vibrational effect of everything from money to food to thought and action is now in the favor of the infinite and spiritually ethically grounded.  Building with bricks of light is all that will work from here on out on a permanent manner.  Why would you want anything else?

The key to the Giving Tree is to plant new ones and not to continues to harvest from the only good trees around.  The best I know are currently being sat on.

Plant new ones by putting truth in every word and if you don’t know, say it.  The foundation of true is all that matters.

The only way to see more trees is to give it all away as the flow will never stop.  Every time I hear you box up a thought to package and sell you’ll hear from me as the Devil’s advocate must be laid to rest.  It’s not the egos accomplishment when it’s good and Spirit loves me and the rest of humanity’s fault when something goes wrong so bail me out.  It’s all the same thing.  Point the finger to the sky and honor the process when all the chips are stacked against you instead of just when you hit the home run.  It doesn’t start in your brain.  It should end there with being able to read it correctly.  Reverse the flows.  Reverse the flows.  Reverse the flows.

The disasters are the reason for the wonderful light that you now are so who really was the light warrior?  I can see a proper acceptance speech now into the Light Warrior Hall of Fame, “I’d like to thank my ex-girlfriend who stabbed me, my dad who molested me, Bill Clinton and lots o love for Hillary, Bono, Bombama the badass, whoever invented Muzak to drive me nuts in every store, I know there’s someone to thank from the Saudi regime in there somewhere, the stud who designed the new grocery store layout to drive me insane, calculus, and extra especially all the wonderful levels of pain that were so wonderful to question and endure.  Thank you Jesus.”

The new systems are underway and firing on all cylinders.  If the synchronicities aren’t highly visible in your world, stop and ask why.  Put the mirror up and look.

In honor of especially my wife, my kids, Jeff, Cale, my father and my brother Chris, along with the hat tip of all time to Dr. Stankov the all time badass of now, Carla, the PAT, and every single woman, man, child, thing, animal, plant, rock, fish, crustacean, dark matter, being I can’t see, planet, electron, neutrino, and whatever the hell else I’m missing, it’s go time.  Let’s put leaves back on the Giving Tree forever.

Everyone wrote everything I’ve written and we’ve died for each other too many times.

And I must leave it with Bill Burr and the key to superconductivity and the future.  Every answer is available in links at the Universal Law Press or right here.

Why you gotta hang out with everyone:

If something isn’t working, you may want to learn how to listen.  Trees do it very well.