Although my initial intention was not to write on this tragic event – the shootdown of Germanwings aircraft by an US laser weapon over the French Alps during the war games of NATO in preparation for their WW3 against Russia, the way this young man, the German co-pilot and his family have been treated by the lie-generating machine of the western MSM is so disgusting and appalling that I decided to break my vow. As the famous French blondie Brigitte Bardot uses to say: “Only idiots do not change their opinion.”

Yesterday, in response to Henry Clymer in the Energy Report of the PAT I published a link to Sarcha Faal’s report that reveals how the Germanwings Flight 9525 was destroyed by a laser beam due to a mistake and imprecise function of this US weapon.

Today Sorcha Faal has issued a new report that reveals how the lie-propaganda department of the CIA is trying to put the blame on the co-pilot, who is an innocent victim just as all other passengers on board of this aircraft to the vastly expanding war games of NATO in the skies of Western Europe over the heads of the gullible zombified people of this Old Continent. These monsters do not only hesitate to vilify him as a “suicide terrorist”, but also to destroy the reputation of his family and the whole small community, where he lived and has been known as a “very affable and kind young man”, proud to be a pilot and with a lot of sound hobbies, such as music and jogging. 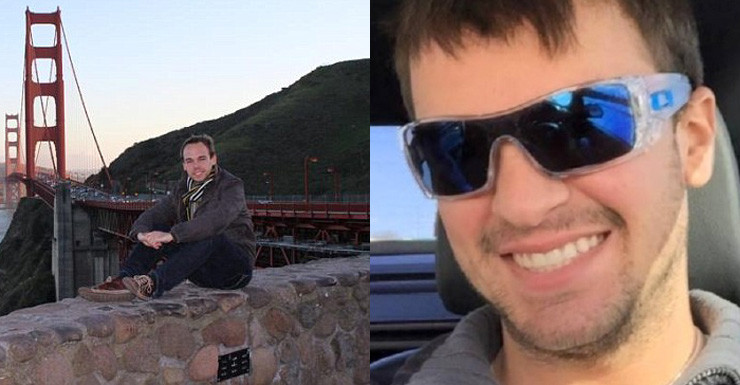 How could such a positive person commit such an insane act? And even if we assume the impossible that he had tried to commit a suicide due to alleged “depression” as the lie-press tells us to believe, then the remote control of all flights of the Lufthansa in Frankfurt would have taken full control of this aircraft and would have stabilized it.

Please consider the most ample fact that this automatic flight control mechanism is a common knowledge and part of the education to all pilots of Lufthansa and a special feature of this Airbus type. This explains why all Germanwings pilots refused to fly after they learned about the explosion of the flight 9525 over the Alps.

While the CIA and their vassal European governments are now selling blatant lies to their people, these pilots know exactly what is technically possible and what not and could not be mired by such false accusations. From now on they can no longer be sure if the same tragedy would not happen to them, where they are not only killed by irresponsible American troops in wild military exercises with ineffective weapons, but also their families will be vilified and destroyed post-mortem by criminal western media propaganda in cahoots with the even more criminal puppet regimes of their countries.

Only when the masses lose their illusion that they are protected by their governments and countries and instead realize that they have always been their victims and an object of genocide, will this dumbed down species “Homo sapiens” begin to awaken and see the truth behind this crumbling reality. And this time is Now.

A new report released by the Foreign Intelligence Service (SVR) today states that President Barack Obama became so enraged upon learning that a NATO forces “war game” on Tuesday downed Germanwings Flight 9525 over southern France, killing all 150 aboard, he shockingly refused to meet this Western alliances top commander, Secretary General Jens Stoltenberg despite repeated requests to do so.

The NATO war game shootdown of Germanwings Flight 9525 (US Laser Test Destroys Germanwings Airliner Killing 150 Innocent Civilians) the Ministry of Defense (MoD) had previously reported was due to a failed US Air Force test of its High Energy Liquid Laser Area Defense System (HELLADS) attempting to shoot down an ICBM reentry vehicle simulating a Federation nuclear attack upon Aviano Air Base in Italy. 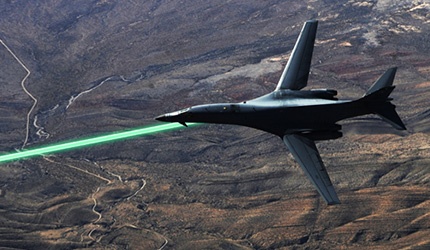 The SVR in their report notes that President Obama became aware of the dangers this war game laser test posed to civilians airliners earlier this month after a similar test nearly caused the destruction of Lufthansa Flight LH1172 over France barely two weeks ago, and which exactly like Germanwings Flight 9525 on Tuesday, rapidly plummeted towards the ground before its pilots/controllers were able to regain control.

Most interesting to note in this SVR report, however, are its technical contradictions to what it calls the “massive cover operation” being employed by Western intelligence agencies to keep their citizens from knowing the truth of what happened to Germanwings Flight 9525, and are, instead, blaming everything on its co-pilot, Andreas Lubitz.

The cover operation being implemented against the Germanwings Flight 9525 disaster, this SVR report continues, is being conducted by a specialized intelligence unit of the United States Federal Bureau of Investigation (FBI) called to the scene by the European Union, and who, like in all previous incidents of this kind, and without knowing any facts, forcefully assert that the incident/disaster was not caused by terrorism.

Contradictorily though, SVR experts in this report state, while on the one hand stating their assurance that this airliner was not downed by terrorism, these Western intelligence agencies, headed by the FBI, have now begun to flood their nations media with reports that co-pilot Lubitz was, indeed, a terrorist…who locked his own plane’s pilot out of the cockpit, then set it on a deliberate course causing its obliteration upon a French mountainside. 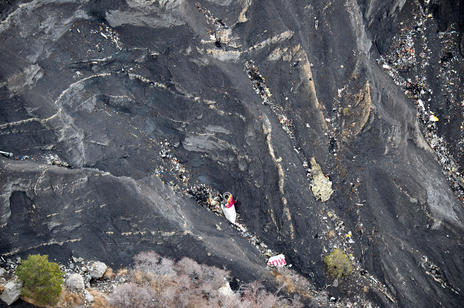 With visual evidence of the Germanwings Flight 9525 crash site showing it rained down in thousands of pieces causing a massive debris field covering hundreds of acres across numerous mountain ranges, and with no one single impact point being able to be identified, which can only lead to the logical conclusion that it exploded in the air, this report says, the main goal of the Western intelligence agencies cover operation is to shift their publics attention away from what their eyes are telling them, forcing them to, instead, concentrate their minds on the “scapegoat” terrorist.

This long known cover operation tactic, this report explains, was, perhaps, most successfully used during the 11 September 2001 attack upon the US Pentagon when the American people were “convinced” that a hijacked airliner had struck it, in spite of the first CNN report stating it didn’t happen, and photographic evidence showing the hole left in that massive building was the size of a cruise missile, not an airliner.

(Watch this CNN video here aired only once immediately after the cruise missile hit the Pentagon building and showing that there are absolutely no aircraft debris to be seen at the site. Since then this lie of the US government has been repeated infinite times and the vast majority of zombified Americans obviously believe it as otherwise we would have had a different USA:

See also the hole in the Pentagon wall caused by this missile. Could you see any airplane debris? What more proofs do these dumbed down American people need to realize that they governed by criminals?) 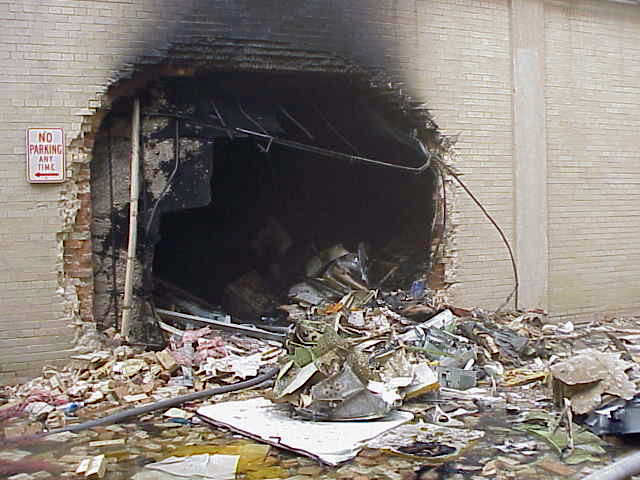 Even more concerning of this cover operation, SVR experts in this report say, even if co-pilot Lubitz had initiated a Controlled Flight Into Terrain (CFIT) of Germanwings Flight 9525, the Lufthansa Aviation Center (LAC) at Frankfurt Airport would have detected it immediately via their Aircraft Communications Addressing and Reporting System (ACARS) and corrected it remotely.

To the high technical proficiency of Lufthansa monitoring their aircraft, this report says, can be read in their own words of how their Aviation Center operates:

Everything that is part of fleet management is controlled here around the clock and around the world. At the Lufthansa Traffic Control Center in Frankfurt, staff compile all required data on the Lufthansa fleet operating worldwide using what is known as the ACARS system (Aircraft Communications Addressing and Reporting System), a data network using HF radio and satellites, and analyze it. Potential faults are immediately detected.”

With the Lufthansa Aviation Center, therefore, able to “immediately detect” and “control necessary procedures”, even of their flights in the air, like Germanwings Flight 9525, this report notes, it is inconceivable that they would fail to notice one of their airliners plummeting towards the ground in southern France and not remotely take control of it before it crashed.

In fact, so critically important to Lufthansa that it be able to control its airliners remotely in case of a crisis/emergency, this report says, was the deciding factor of their Airbus airliner purchases due to this aircraft having the worlds most sophisticated fly-by-wire (FBW) system that replaces the conventional manual flight controls of an aircraft with an electronic interface.

In a fly-by-wire system, this report explains, the movements of flight controls are converted to electronic signals transmitted by wires (hence the fly-by-wire term), and flight control computers determine how to move the actuators at each control surface to provide the ordered response. The fly-by-wire system also allows automatic signals sent by the aircraft’s computers to perform functions without the pilot’s input, as in systems that automatically help stabilize the aircraft, or prevent unsafe operation of the aircraft outside of its performance envelope.

With Germanwings Flight 9525 clearly operating unsafely “outside of its performance envelope”, and with the Lufthansa Aviation Center monitoring it in real time and able to control this aircraft without the pilots input via its FBW system, this SVR report says, clearly shows that this airliner exploded in the air and was unable to be remotely controlled…and as the visual crash site evidence proves too.

Most unfortunately, however, this report concludes, is that the Western peoples will never know the truth of what happened to Germanwings Flight 9525 as their war mongering governments, that have killed over 2 million during the last decade, know the backlash they could expect should the truth be known.

Read also full report on Body Count: Casualty Figures after 10 Years of the “War on Terror”

Sadly though, this massive propaganda cover-up of the total destruction of Germanwings Flight 9525 won’t affect Iranian sports journalist Hussein Javadi, who took the last haunting photograph of this doomed aircraft as it began its last journey.  Everyone else, of course, should start preparing themselves for all the sensational news soon to come supporting the cover-up…after all, these monsters have proved it works, and the people have more than proved they’re content with lies.