It is indeed a conundrum how passive all western jurisdiction systems and the International Criminal Court (ICc) in The Hague are when it comes to the  prosecution of the greatest war criminals in modem history, Blair and Bush, who declared and fought two criminal devastating wars against sovereign countries, Afghanistan and Iraq, and are personally responsible for the death of millions of innocent citizens, children, women and civilians (watch this excellent documentary). At the same time ICC spent millions of taxpayers’ money and used all possible diplomatic resources to hunt and put to jail alleged war criminals from Serbia who only recently had to be released after wrong sentences and spending years in prison due to lack of any proofs. Why nobody talks about this shame and disaster of the Western jurisdiction and its Orion law and order? Be patient, it has already started…

The mainstream media have now started to publish new documents that clearly show that all evidence presented by these two dark cabal heads of states were plain and insidious lies.

A special BBC Panorama programme tonight will reveal how British and US intelligence agencies were informed by top sources months before the invasion that Iraq had no active WMD programme, and that the information was not passed to subsequent inquiries. These new revelations clearly prove that the now widely discredited Iraqi weapons dossier, which the British government published in September 2002 to legitimize its criminal war against Saddam was fully fabricated in full knowledge that Iraq did not possess any weapons of  mass destruction (WMD). 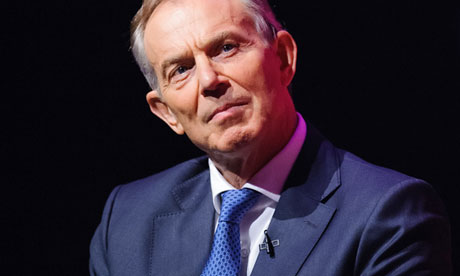 Fresh evidence is revealed today about how MI6 and the CIA were told through secret channels by Saddam Hussein’s foreign minister and his head of intelligence that Iraq had no active weapons of mass destruction.

Tony Blair told parliament before the war that intelligence showed Iraq’s nuclear, chemical, and biological weapons programme was “active”, “growing” and “up and running”.

A special BBC Panorama programme tonight will reveal how British and US intelligence agencies were informed by top sources months before the invasion that Iraq had no active WMD programme, and that the information was not passed to subsequent inquiries.

It describes how Naji Sabri, Saddam’s foreign minister, told the CIA’s station chief in Paris at the time, Bill Murray, through an intermediary that Iraq had “virtually nothing” in terms of WMD.

Sabri said in a statement that the Panorama story was “totally fabricated”.

However, Panorama confirms that three months before the war an MI6 officer met Iraq’s head of intelligence, Tahir Habbush al-Tikriti, who also said that Saddam had no active WMD. The meeting in the Jordanian capital, Amman, took place days before the British government published its now widely discredited Iraqi weapons dossier in September 2002.

Lord Butler, the former cabinet secretary who led an inquiry into the use of intelligence in the runup to the invasion of Iraq, tells the programme that he was not told about Sabri’s comments, and that he should have been.

Butler says of the use of intelligence: “There were ways in which people were misled or misled themselves at all stages.”

When it was suggested to him that the body that probably felt most misled of all was the British public, Butler replied: “Yes, I think they’re, they’re, they got every reason think that.”

The programme shows how the then chief of MI6, Sir Richard Dearlove, responded to information from Iraqi sources later acknowledged to be unreliable.

One unidentified MI6 officer has told the Chilcot inquiry that at one stage information was “being torn off the teleprinter and rushed across to Number 10”.

Another said it was “wishful thinking… [that] promised the crock of gold at the end of the rainbow”.

The programme says that MI6 stood by claims that Iraq was buying uranium from Niger, though these were dismissed by other intelligence agencies, including the French.

It also shows how claims by Iraqis were treated seriously by elements in MI6 and the CIA even after they were exposed as fabricated including claims, notably about alleged mobile biological warfare containers, made by Rafid Ahmed Alwan al-Janabi, a German source codenamed Curveball. He admitted to the Guardian in 2011 that all the information he gave to the west was fabricated.

Panorama says it asked for an interview with Blair but he said he was “too busy”.